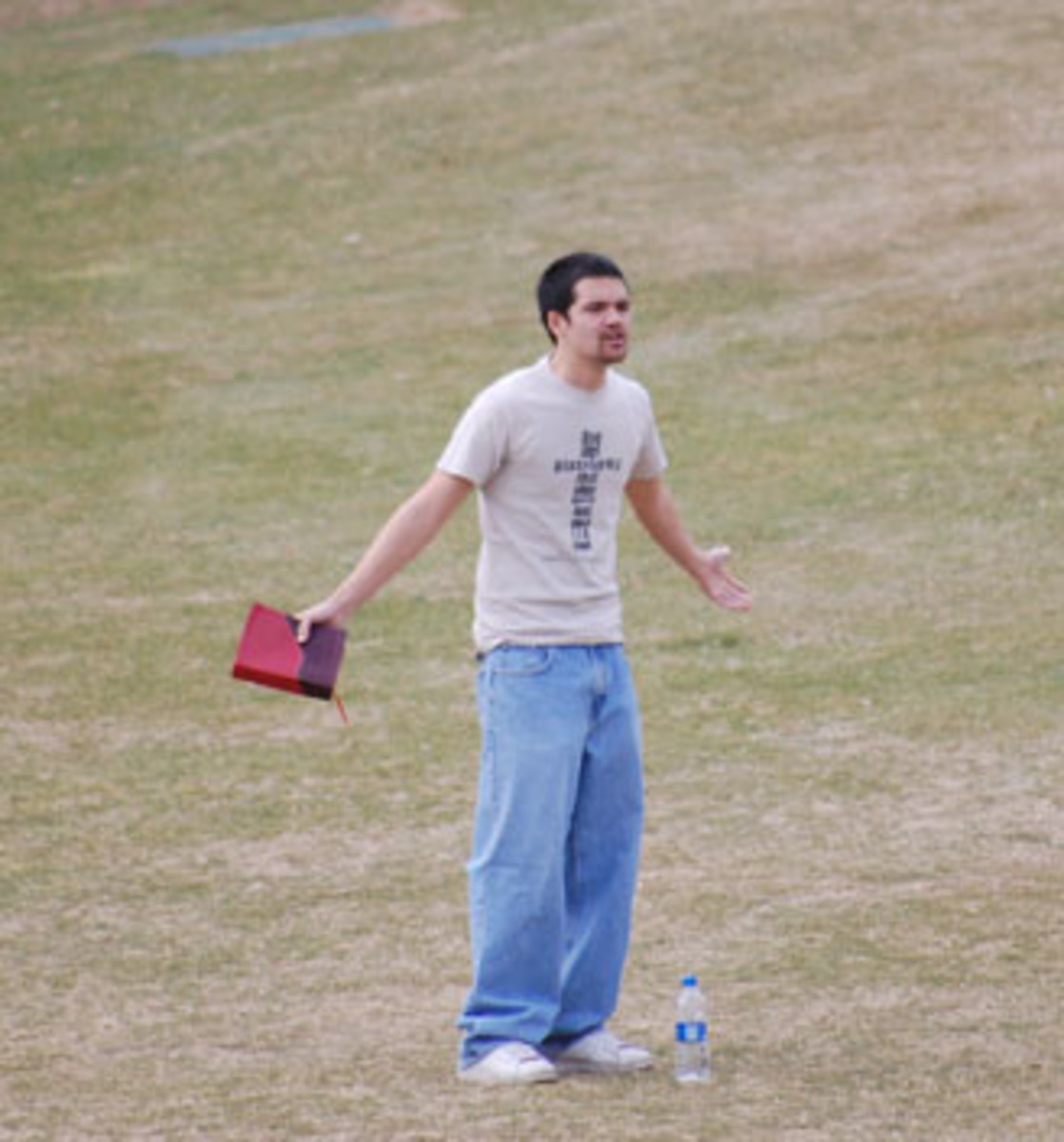 Any, or all, of these anger-filled words can be heard by UNF students walking on campus when a preacher is on the Green.

But administrators are looking to  change that.

“We had a forum with students last semester, and the largest concern centered around the preachers on the Green,” said Mauricio Gonzalez, vice president of Student and International Affairs.  “And now, we are starting to hear complaints from faculty members due to the volume.”

The complaints led to the idea of gathering people from across campus to discuss UNF’s free speech policy, Gonzalez said.

“The loudness and the interruption due to the decibel level is what we can deal with, where it is going to be difficult is the content of the speech because it is a gray area,” Gonzalez said. “Free speech will be protected; we have no desire to go down that path. And I’d venture to say this issue is going to be a very difficult issue to tackle.”

The plan the committee is considering for offenders includes a verbal warning from a faculty member and the option to relocate them to another part of campus for the first offense and a written letter from the administration detailing the offense on the second infraction.

The third offense would warrant being escorted off the premises by a police officer and asked to not return.

Once the Student Union’s construction is completed, preachers could be asked to relocate to that area due to the lack of classes surrounding the building. The likelihood of noise complaints
from faculty will be reduced, Gonzalez said.

But Student Body President John Barnes stressed the needs of the students.

“We have to find a better solution to address the student’s content concerns rather than just handling the faculty’s noise concerns,” Barnes said. “It’s not just freedom of speech; religion comes into play. It’s one thing to protest the government or a university policy, but religion brings a different aspect.”

One current preacher, Richard Doctor, 22, said his life was changed forever by preachers who came
before him.

He grew up in a non-Christian home and was converted two years ago by a preacher who spoke on the Green.

Doctor said he preaches on campuses to inform students about his vision of God and how people must repent or “God will punish them.”

Although he said some of what he preaches can be considered offensive, he attributes it to a lack
of thick skin.

Doctor also distanced himself from some of the more radical preachers.

Another minister, Tom Short of Tom Short Campus Ministries, a self-described moderate preacher who has lectured on the Green, also distances himself from the pack.

“I think my style speaks for itself,” Short said. “I could exercise [Brother Micah’s style] myself, but I don’t do it because I don’t think it is the best way to approach people.”

He also said the possible change in UNF’s policy would disturb him.

Short said barring a drastic university policy change, he would come back to UNF to preach again, adding that the overall attitude towards his message was a very positive one.