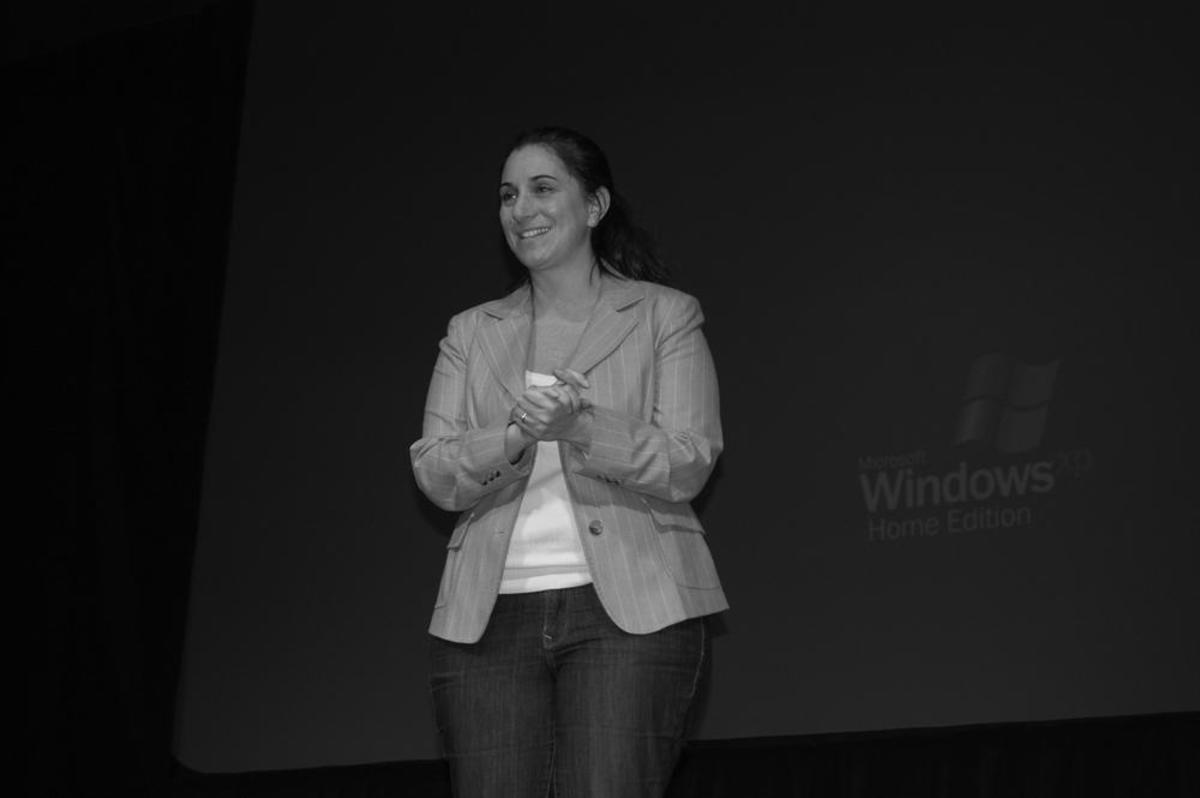 Your palms sweat while holding your resume, waiting for the interviewer to decide your career’s fate. Luckily, you took the time earlier to pick out just the right business suit and iron the wrinkles, giving you a feeling of confidence.

You’re taking the chance, making an effort to improve your life and seek new employment.

But what if you were unable to make the first step? What if you had financially sunken so low, you couldn’t afford the business attire to wear to the interview to get the job?

That’s why Nancy Lublin founded Dress for Success in 1996 with a $5,000 inheritance from her great-grandfather. Dress for Success is a non-profit organization that provides professional clothing and support for disadvantaged women.

Currently Lublin is chief executive of Do Something, the largest non-profit youth organization in America, reaching 11 million children annually.

In honor of Women’s History Month, Lublin visited UNF March 24 to speak on “Everything I Need to Know About Leadership, I Learned from Women.”

She discussed leadership style and capability, some of the things she’s learned from working with women and watching their example, and highlighted certain leaders who made a difference in her life.

What advice would you give a UNF student who wants to further the feminist movement at our university?
Be loud and proud. I think even during the last 10 years or so, feminism was somehow turned into something you whisper quietly to the people who are already the believers. I think the real challenge is to convince people that women’s rights are not just “nice;” they are important. Equality is important and has not yet been achieved.

What other efforts have you been involved with to further the feminist movement?
I published a book called “Pandora’s Box” and published some articles. When I was in college I was an activist too. I did a lot of pro-choice work. I went to South Africa and spent the summer working there writing women’s rights language in the new Constitution in 1996 while in law school.

Can you tell us about when Do Something aired the first-ever televised show in 2007, awarding teens who are changing the world?
That’s the first-ever award show about young people changing the world. Do Something is the largest organization for teens and social change. Some 407,000 kids took action as a result of us last year. Last month we ran a campaign called “Teens for Jeans” about youth homelessness, and kids brought blue jeans to local Aeropostale stores, and then we recycled them and gave them to 500 youth homeless shelters nationwide. And during the course of about three weeks we collected more than 200,000 pairs of jeans.

In one of your blogs, you wrote about how legalizing gay marriage could boost our economy by multiplying wedding expenses.
Yeah, I wrote about it. I absolutely believe it. I think bigotry is not only unjust; it’s expensive.

You have two children, 4 and 2 years of age. How do you plan to prepare them in being activists for causes they believe in?
Like here at Do Something, our focus is to support young people right now. Our focus here is not to train them to be future leaders or to say ‘Someday when you graduate, you can do X, Y and Z.’ We believe the whole point is to support them now. I really think there’s this voice that has been missing for all young people. The Obama campaign proved that young people can have impact right now and that they are more than just envelope stuffers. But they’re really creative; they’re good workers, so I think all young people should be supported in whatever they believe in.