Take One with Shining: The Mavericks of Extreme Jazz 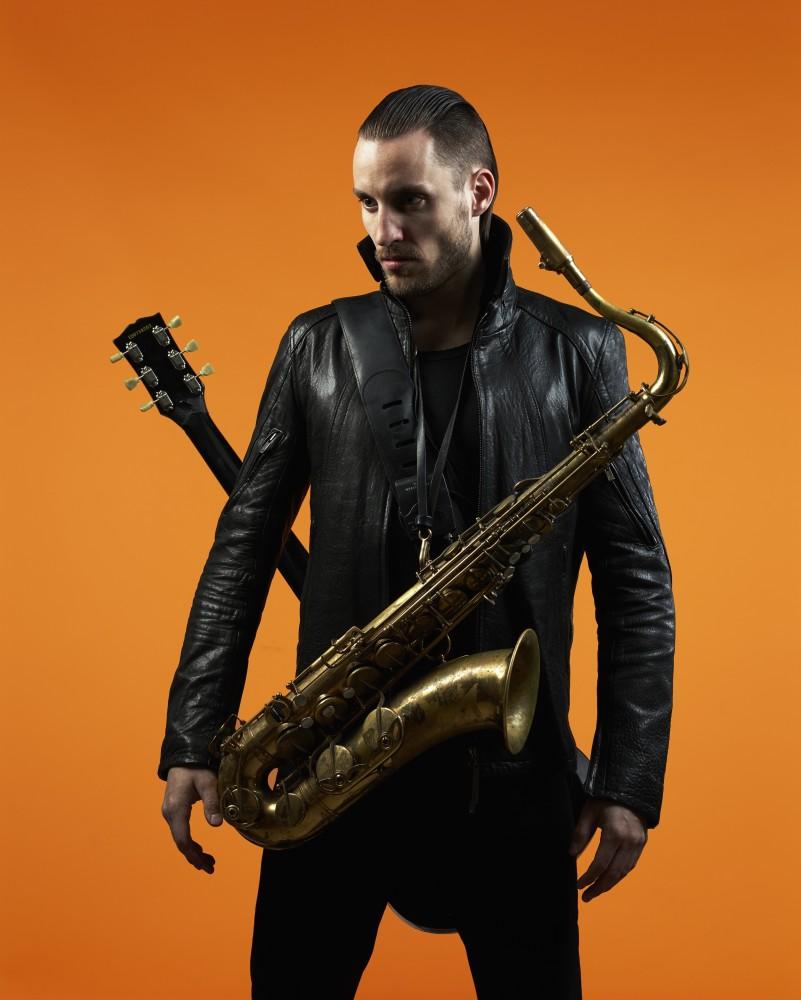 The Norwegian metal group Shining has been the flagship of experimental metal’s recent foray into jazz territory. With a surgical appearance somewhere between cosmonauts and hitmen, the group performs with a presence reserved for adroit professionals. Spinnaker Radio were able to have a chat with saxophonist and multi-instrumentalist Jørgen Munkeby to discuss the artistic direction behind the band’s sixth and most distinct LP One One One.

One One One is one of the most distinct records from your discography. On this record you seem to have focused on writing with a more traditional song structure. It’s heavier, faster than previous efforts… It might be like how Mastodon approached The Hunter back in 2011.

That’s a decent parable. You’re right, they stripped it down and focused more on traditional song structures. We’ve been doing that also. The Mastodon sound is very recognizable on The Hunter and we also wanted to maintain the sound that we established, particularly on Blackjazz.

What was the impetus for this new direction?

I’d say it was the same reason… We started as a jazz quartet in 1999. We’ve done quite a few changes since then as you can hear. The reasons have been the same all along; we just go with what feels natural and what inspires us at the moment. Since our lives change and all of us change as persons and everything around us changes it’s only natural that the music changes. I wouldn’t say there were any particular things that caused the change. It’s fun and inspiring to do something different. I’ve been listening to so much different music throughout my life. I started listening to metal, hip-hop, jazz, pop, and rock, but now I’ve been listening to some songs with more traditional song structures, and I like that. I like the fact that the chorus comes and then it’s followed by the verse. You get this returning of ideas.

I try not to predict what might become popular or might sell or what other people might like. That’s impossible to predict, or at least very hard. It’s much easier and much safer to just go with what you feel is right. That’s basically what I’ve done all along.

Have you been met with any challenges?

Oh yes! I think everyone meets a lot of challenges. We’re no exception. Imagine starting as an acoustic jazz quartet. We were pretty popular at that time. We had a fan base that liked us as a jazz quartet and then we decided to change. That’s something that a lot of people tried to oppose. Some people decide that it’s safer to stick with what seems to work. That’s a challenge and it’s been a challenge all along, especially when we sat down to make Blackjazz; that’s the most aggressive album we’ve ever made. A lot of people really wanted us to stick to how [the previous album Grindstone] sounded.

Sometimes somebody in the band will decide that they want to be a doctor instead of a musician, so you’ll have to find a replacement. At the same time, when you get a new member, it’s a refreshing thing. It always turns out for the better of everyone. The climate in the record industry at the moment and the last couple of years have been challenging for everybody. So everywhere you turn there are challenges, but that’s an interesting part of life.

I can respect that mentality. Many bands try to identify themselves into an idea of what they sound like, whereas I the principles behind Shining extend past the sound of the band alone. I mean, not everybody goes from jazz to progressive metal!

I’m sticking as much to the principle as another band might stick to sound. 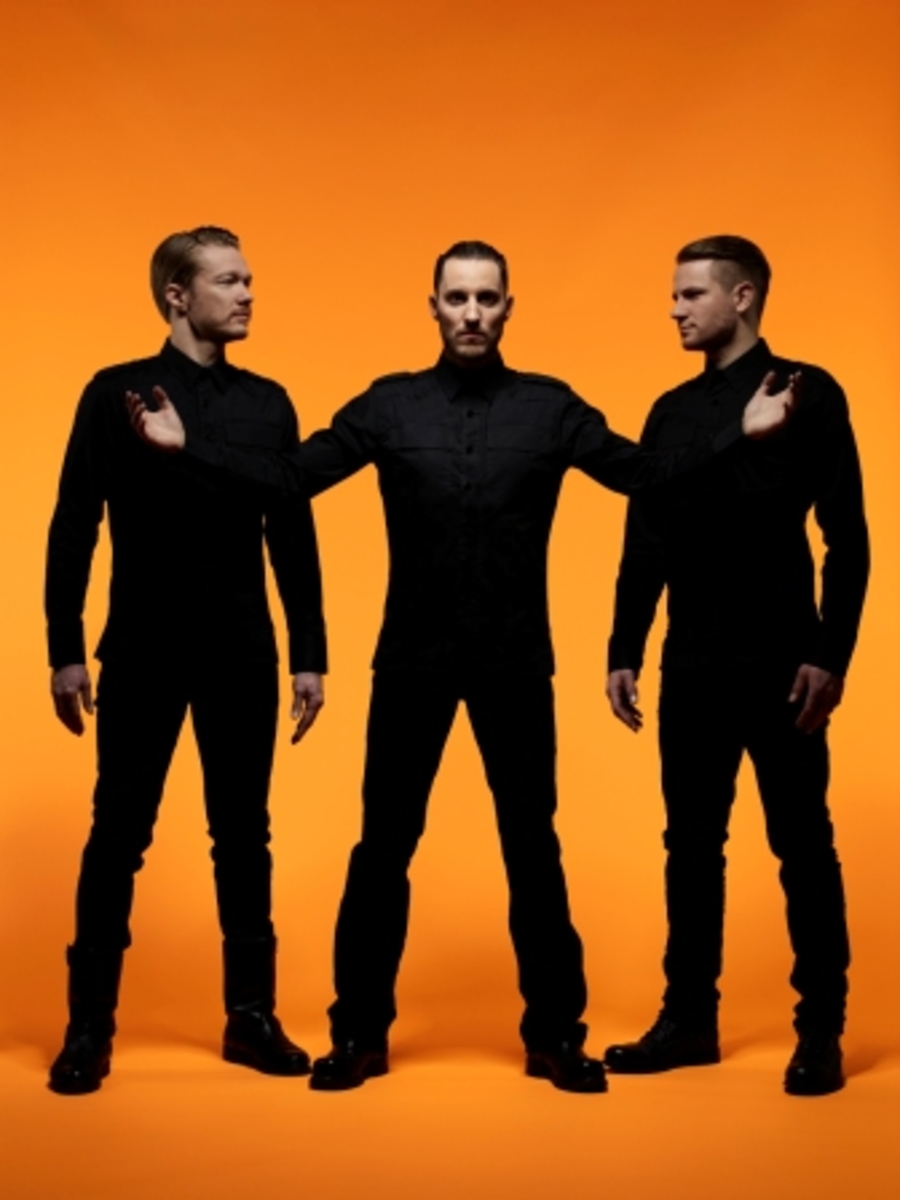 You mentioned your album Blackjazz earlier. A lot of bloggers and critics have claimed that the genre of “black jazz” was single-handedly created by Shining. Do you agree with this claim?

We came up with the name at least. The idea was that in the future it might be viewed as a genre. The idea was to have a name that could hopefully develop into a style and that other bands would start using that name, saying that they are playing “black jazz.” I can agree that we single-handedly started that term. But I’m not saying we’re the only band that’s kind of exploring that “Twilight Zone” between jazz and metal. There are many bands that are doing that. I could mention Opeth, I could mention Dillinger Escape Plan, I could mention Meshuggah, I could mention Mastodon even. So we’re not alone! But I think what is a little bit special with us is that the band itself started as a jazz band. We’re coming from a different approach. All of the bands we mentioned started as metal and have progressed towards jazz. We started as jazz and progressed towards metal. That gives our music a distinct touch.

This question is from our DJ and Loud Rock Director Zach Neaves, who hosts the show Night Crusade. The video for “I Won’t Forget” has a lot of striking imagery in it. Did Shining come up with the concept for the video? Is it reflective of the concepts explored in the album?

The video was directed by the same guy who made the video for our previous song “Fisheye.” He was really into our visual and musical aesthetic and we worked a lot on finding common ground for what we wanted to do on that video. On the new one we sat down and wanted to continue on where we left off. But we also wanted to make it a little more science fiction. A little cleaner, less metal cliché images. I was really involved in what we wanted to do and what we didn’t want to do. “I Won’t Forget” is actually the last song I wrote for the album. I was kind of stuck when making the drum pattern and the synth bass line. It was a cool drum groove, but the whole thing sounded a little [uncharacteristically] happy and I didn’t really know what to do with it. It turned out to be because of the pitches in the bass line, so I started working around with it, but didn’t know what to do with it. Then I saw that new movie Prometheus and I really loved the amazing opening scene. 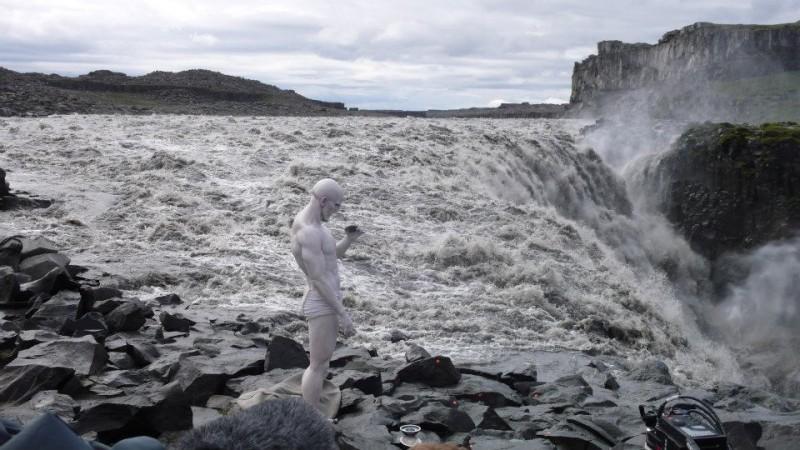 You’re referring to the scene where the humanoid creature dissolves into a river?

Yeah. That whole landscape with the pale man that evaporates. That’s such a great opening; that’s actually the only thing I remember from that movie! That gave me the idea for the melody and the chorus. I went directly back to my studio after the movie and wrote and recorded the melody. And that ends up kind of setting the whole tone for the song. Prometheus set the whole tone for the song and I think it’s fitting that we made a science fiction video for the song as well. After mixing that song with my producer, we went to party with some movie friends of his. There was this guy there named Neville that actually designed that humanoid in the beginning of that movie with Ridley Scott. It was a strange coincidence that I got the chance to meet that guy right after mixing that song. It’s been a science fiction song all along.

In a previous interview with John Wiederhorn at Noisey, you discussed the Swedish suicidal black metal band that shares your name “Shining.” You mentioned that seeing them made you more conscious of how you want your music to be perceived. How do you want Shining to be perceived? Say that, God forbid, One One One is the last album you ever made. How do you want your band to be remembered?

When we started and the Swedish band started, we didn’t know there was another band named Shining. That was thirteen, fourteen years ago, so we didn’t have the Internet or anything as it exists now. At one point, we discovered that they existed and they discovered that we existed. Many bands would want to fight and claim the name and make life hard for the other band, but our direction has been to focus on making good music. It has inspired us to make our own unique sound and visual package to separate us from other bands and the Swedish band with the same name. I think that’s helpful because nowadays since it’s much easier to make albums. Before, you had to have a lot of money to be able to rent a studio. Now the equipment is much cheaper to afford. Almost everybody can make an album. You can publish and release it on Soundcloud and Facebook and Youtube. This makes it more important than ever to be able to stand out from the crowd, to make music that’s unique.

It makes you have to work even harder, but it’s clear that you’re not opposed to working hard.

It’s important to work hard. If you didn’t need to work hard, then everybody could produce and then we wouldn’t have great things in life.