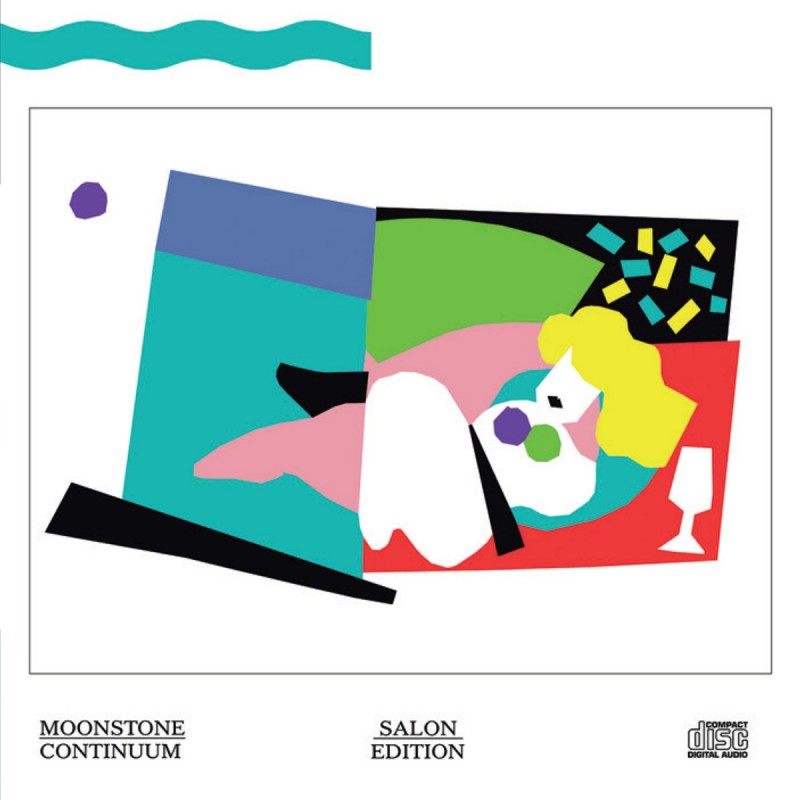 The first thing that should come to mind when listening to Salon Edition should be something like “What in the hell am I listening to?” Their sound is a guiltless reinterpretation of the kitsch you hear in lounge music and smooth jazz, the kind of cliche that practically screams Miami yachts and “futuristic” airbrushed advertisements. Especially if you were already a fan, you might find Moonstone Continuum’s current incarnation very different from the prog-groove approach they took on their first album (NR 4;3.1-3).

It’s certainly a jarring sound, but Salon Edition injects subtle hints of a Tim & Eric-esque sense of humor that suggest their intentions aren’t totally guileless. The album has three humorous spoken-word segments delivered by J. Michael Fellows, the self-proclaimed “Chief Financial Officer” for Moonstone Continuum. Seeming almost perpetually drunk, the man prattles on in praise of the band with as much direction as a paper airplane, being distracted by dolphins and waiters while weaving clumsily between mirthful nostalgia and discomforting aggravation. He even sounds vaguely like Dr. Steve Brule, right down to the slurs and broken logic.

These interludes push the boundary from pastiche to satire in a way that’s somewhere between guilty pleasure and downright hilarious. With track names like “Elevator to the Hot Tub,” “RSVP,” and “Yachta Yachta Yachta,” it’s easy to see that the album is a playful mockery of 80’s Yuppie culture, but its guiltlessly garish songs are both fun and engaging enough to allow Salon Edition to transcend mere joke status.