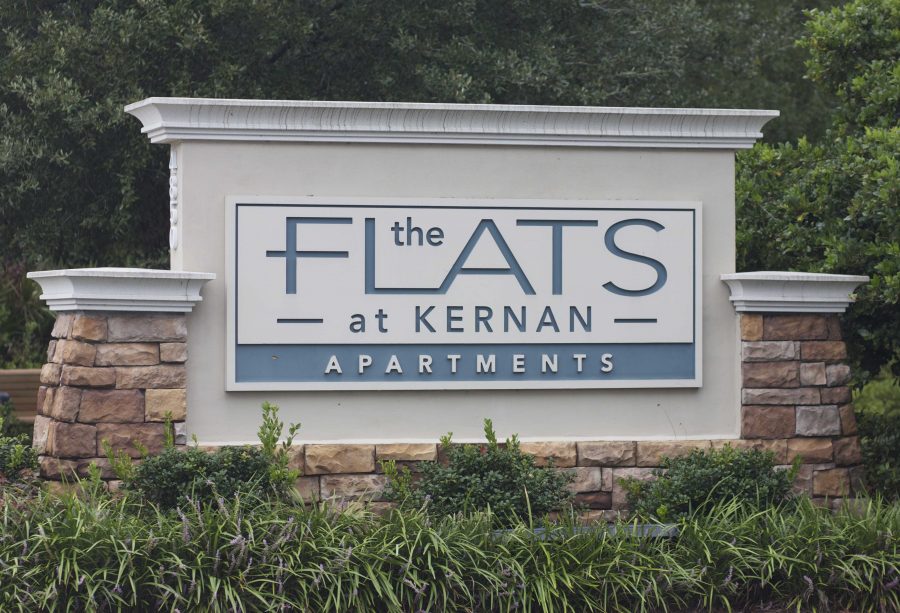 UNF sent out a crime alert about a burglary at their most recently acquired housing, the Flats.
Photo by Blake Middleton

There was a series of burglaries at The Flats on Kernan on Dec. 27, according to a crime alert UNF emailed campus-wide later the same morning. UNFPD and the Jacksonville Sheriff’s Office (JSO) responded to reports around 5 a.m. and found that someone had broken in through the windows of several apartments.

The suspect went into several bedrooms in one of the apartments, according to the alert, and a female student was sleeping in one of them but woke up when the suspect entered.

JSO reports there were similar break-ins at The District. UNFPD will increase patrols in The Flats, according to the alert. UNFPD expanded their jurisdiction to The Flats after UNF bought the property this Fall.