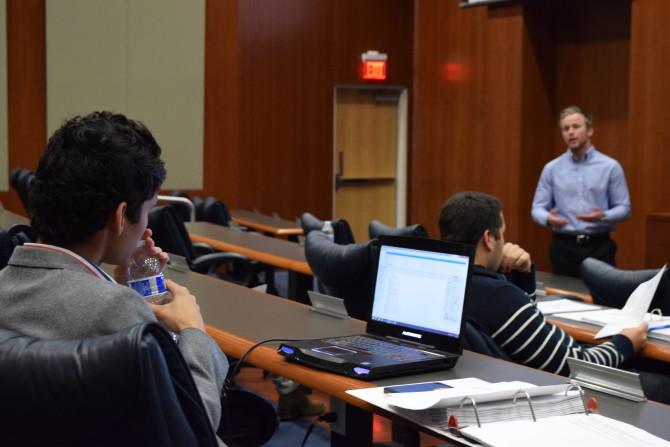 Student Government is holding a public forum today, Feb. 3 from 9 a.m. to 11 a.m. in the Senate Chambers to discuss changes to the Activity and Service (A&S) fee budget. Faculty, staff and students are welcome to attend.

SG Treasurer Morgan Wolf presented her budget proposal to the Budget and Allocations Committee (BAC) Jan. 30. The budget contains any and all changes to what student money would fund through the A&S fee in our tuition.

Low enrollment and lost revenue factored into Wolf’s decision to cut about $400,000 from UNF’s Activity and Service budget.

Wolf noted several requests for budget increases made by UNF entities such as the Student Union, Club Alliance and Spinnaker. But Wolf determined that UNF was not financially prepared to meet each group’s needs.

“There are a lot of requests that were made that can be justified and I think would be good for our campus,” Wolf said. “However, this is not the year for expansions to be made.”

Looking at each group’s current situation, Wolf decided to manage the budget to create more room for expansion or increases in the future.

Wolf trimmed wages throughout the budget proposal as a start to the budget cuts, including OPS wages for the UNF Arena, SG Business and Accounting, and Recreation. Recreation’s skate park attendant position was cut from the budget totally, which accounted for about $10,000 per year.

Osprey Productions’ (OP) advertising budget was proposed to decrease from $13,000 to $10,000. Wolf said this was more than enough for OP to promote its activities.

Going back to Recreation and Intramural Sports, Wolf’s proposal granted the Wellness Center’s request to add an athletic equipment technician with a salary of about $30,000. SG would cover 70 percent of the new position’s salary.

Spinnaker Media was one of the last accounts on the BAC’s docket. Wolf granted Spinnaker’s request to combine each of its sections into one account, but Spinnaker Magazine’s subscription funding was heavily discussed.

Wolf proposed to change Spinnaker Magazine’s proviso to fund it based on the production of six issues per year at 8,000 magazines per issue. Wolf’s proposal also included an increase in the funding per magazine issue to $0.65.

This would have decreased Spinnaker Magazine’s subscription funding from $47,000 to $31,200, according to Wolf’s calculations.

However, Senator Connor Akers and Senator Gustavo Ascanio pushed to lower the number of magazines produced per issue, questioning the student body’s overall interest in the Spinnaker.

During motions to pass the proviso, the BAC agreed to lower the magazine count to 7,000 units per issue. This dropped funding for Spinnaker Magazine to  $27,300.

The B&A moved the difference in funds taken from Spinnaker Magazine and reallocated $1,740 to Intramural Sports for equipment purchases, which came out to a total of $6,740.

The BAC approved the proviso changes and passed the budget, pending Senate approval.

*2/4/2015 at 2:24 p.m. – Updated with fact error correction. Only the Homecoming comedian line item was zero-funded, not all Homecoming expenses. According to SG, the Homecoming Committee can come before Senate with a special request in the future if they see fit.