Book Review: Colorless Tsukuru Tazaki and His Years of Pilgrimage 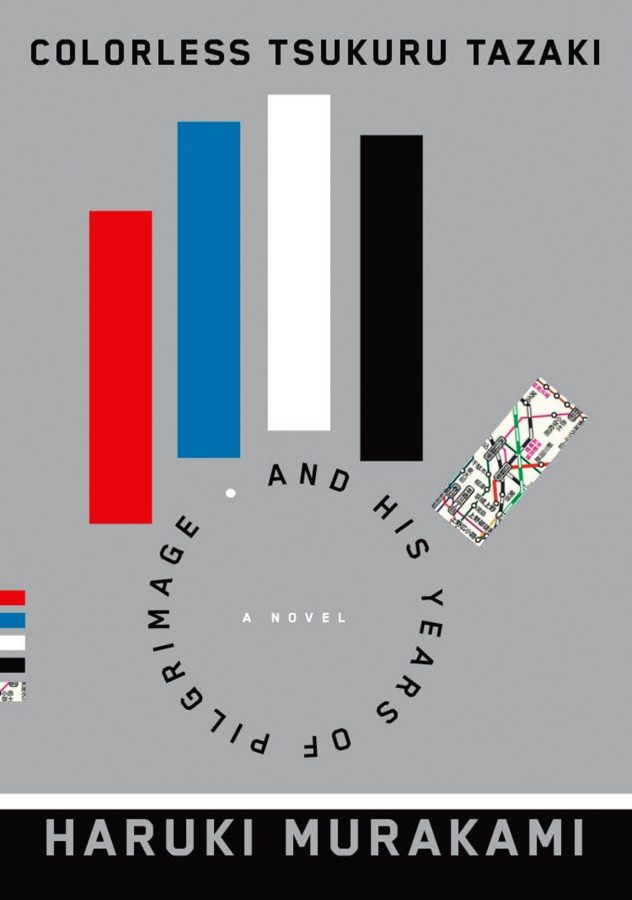 Haruki Murakami’s realistic approach to Colorless Tsukuru Tazaki and His Years of Pilgrimage delves into the truth that people grow up and grow apart with time. In this novel, Murakami ventures away from the ambiguity and unsettling wonder of his idiosyncratic magical realism fiction.

Colorless Tsukuru begins when the protagonist, Tsukuru Tazaki, explores the haunting ties of childhood friendship into adulthood. Tsukuru dwells on how his four friends — all whose names contain a color — abandoned him abruptly after his decision of moving to Tokyo for college. Tsukuru — whose name means “to make or build” — internalizes the traumatic event for sixteen years. In the present tense of the novel, Tsukuru is 36 years old and is prompted to seek closure by an ultimatum devised by his girlfriend Sara. She proposes that before they could progress into a serious relationship, Tsukuru must confront his four friends for answers.

For readers familiar with Murakami’s literary works, an “empty vessel” character like Tsukuru isn’t unusual or unexpected. Tsukuru’s attentiveness and listening ear to the surrounding world reflect the personalities of Murakami’s previous male leads. He is a permutation of characters such as Hajime (South of the Border, West of the Sun), Toru (Norwegian Wood), and K (Sputnik Sweetheart) who each yearns for something unattainable while also reconciling the past.

As Tsukuru discovers from catching up with each of his friends, sometimes years of memories falter when faced with the reality of the present circumstance. Murakami develops a character who examines his past and present to realize that forgiveness is possible, but sentimentality is not an excuse for perpetuating pain. Though his girlfriend serves as the catalyst for Tsukuru’s healing, he embraces his independence with his knowledge of ephemeral relationships.

In many of Murakami’s previous works, the “other side” that several characters disappear to isn’t pinpointed to an exact place. Doppelgangers and the notion of losing a part of oneself appear frequently in Murakami fiction, but aren’t fully explained — which can be a charming open end for some readers. In this novel, we find Tsukuru identifying that “other side” in his recurring dreams. Conscious and subconscious blur as both states reveal the nature of Tsukuru — his erotic and violent dreams suggest his potential as a character. His dreams, to an extent, manifest his ideas of what might’ve possibly severed his childhood friendships. His guilt holds no truth in the reality of the situation, yet there is something to be disconcerting of the potential.

What is perhaps questionable about Colorless Tsukuru is Murakami’s symbolism present in the narrative. From having characters with color names to emphasizing how five friends create stability like five fingers to a hand, Murakami’s details seem to be incoherent and out-of-place at times. The narrative also suffers from unnecessary rhetorical questions. But the most striking detail in Murakami’s thirteenth novel is the attempt to disprove the overarching sadness of Japanese. Referencing a famous photograph taken “on a winter’s morning of rush-hour commuters in Shinjuku Station,” Tsukuru explains that downcast heads do not mean the Japanese are unhappy. Instead, the Japanese depicted in the photo are concerned about their footing in a crowded place everyday. They wish to avoid chaos “without fear of losing their shoes.” To avid readers of Murakami, this detail may resonate and shine light on characters in other works. Murakami’s male protagonists aren’t depressed, per se; they are trying not to inconvenience themselves and others in a large commute.

Overall, Colorless Tsukuru is an interesting read for those seeking more realistic fiction, but isn’t as captivating as Murakami’s usual magical realism. The novel’s strengths lie in its exploration of friendship, maturity and forgiveness, which offer wise advice in a relatable and complex situation. The slow beginning, confusing chronology, and introduction of insignificant characters and heavy-handed symbolism dampen Tsukuru’s pilgrimage to his past. Murakami readers may appreciate Colorless Tsukuru as a sense of closure for his previous ambiguous works. The novel maps out where this mysterious “other side” may exist, and new and old readers alike could attest to whether or not the “other side” potentially exists within themselves.

For more information, news tips, or if you see an error in this story, contact [email protected].