End of the road for UNF’s Head Coach Mary Tappmeyer 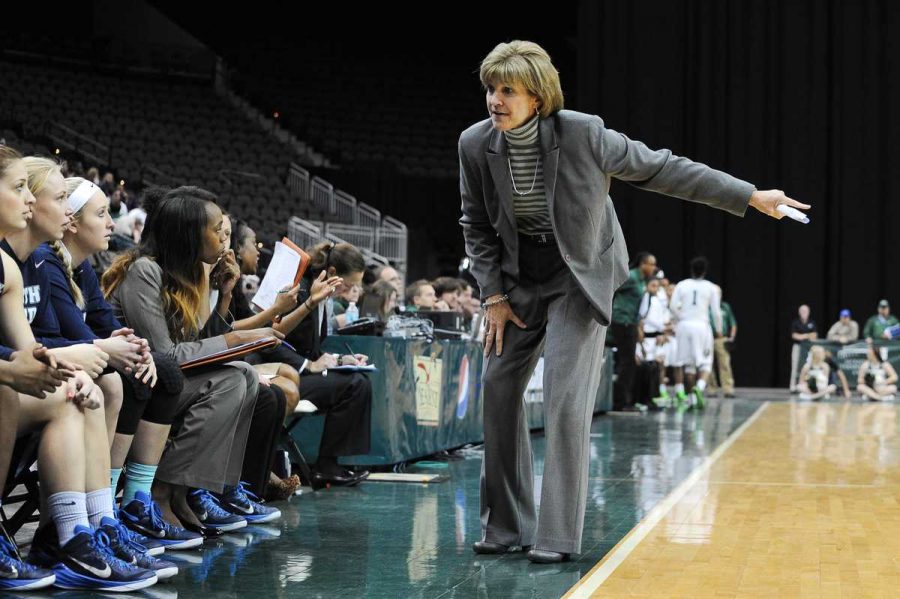 The lady Ospreys’ basketball team will seek new leadership as current Head Coach Mary Tappmeyer’s contract has been left on the table and will not be renewed for the 2015-16 season.

Tappmeyer has been with the Ospreys since the dawn of women’s basketball at UNF dating back to the team’s NAIA conference days in 1992. The team’s overall record currently stands at 312-352 after an objectionable 2-12 conference season which ended in a loss to Florida Gulf Coast University, 74-35, in the Atlantic Sun Conference Championship Quarterfinals.

While her most recent seasonal outcomes have been lackluster to say the least, Tappmeyer – in her 30 years of coaching – has had several stirring seasons. Previous to her time at UNF she was head coach of the women’s basketball program at the University of Missouri-Rolla, where she held a 95-85 record before leaving in 1991.

After a decade with the basketball program at UNF she took the Ospreys to the NCAA Division II Tournament in both 2003 and 2004. During the team’s tournament run in 2003 she led the Ospreys to a NCAA DII Elite Eight appearance. In the 2003-04 season she set a program record with 24 wins.  Most recently, she picked up her 400th career-win against the Tennessee State Tigers in arguably the best game the Ospreys played this past season. Tappmeyer’s overall record as a head coach stands at 407-437.

Actions always speak louder than numbers and in the past two seasons, Tappmeyer and her Ospreys have struggled in conference play game after game, recording just four wins in thirty-two games.

UNF Athletics Director Lee Moon expressed appreciation for Tappmeyer’s dedication to the basketball program and said that it “will never be forgotten.” Moon has been with North Florida since 2009 and has witnessed the women’s basketball program regress especially in conference play.

“While it is always a difficult decision to make a change, our entire athletic department has made significant competitive strides in the last several seasons but women’s basketball has not reflected that move forward,” Moon said. “We believe that all our programs can and should be competing for conference titles, and a change in leadership for women’s basketball at this time will hopefully help facilitate that movement.”

According to the UNF Athletics Department there is no replacement for Tappmeyer at the moment but there will be a national search that will commence immediately.

For more information, news tips, or if you see an error in this story contact [email protected].