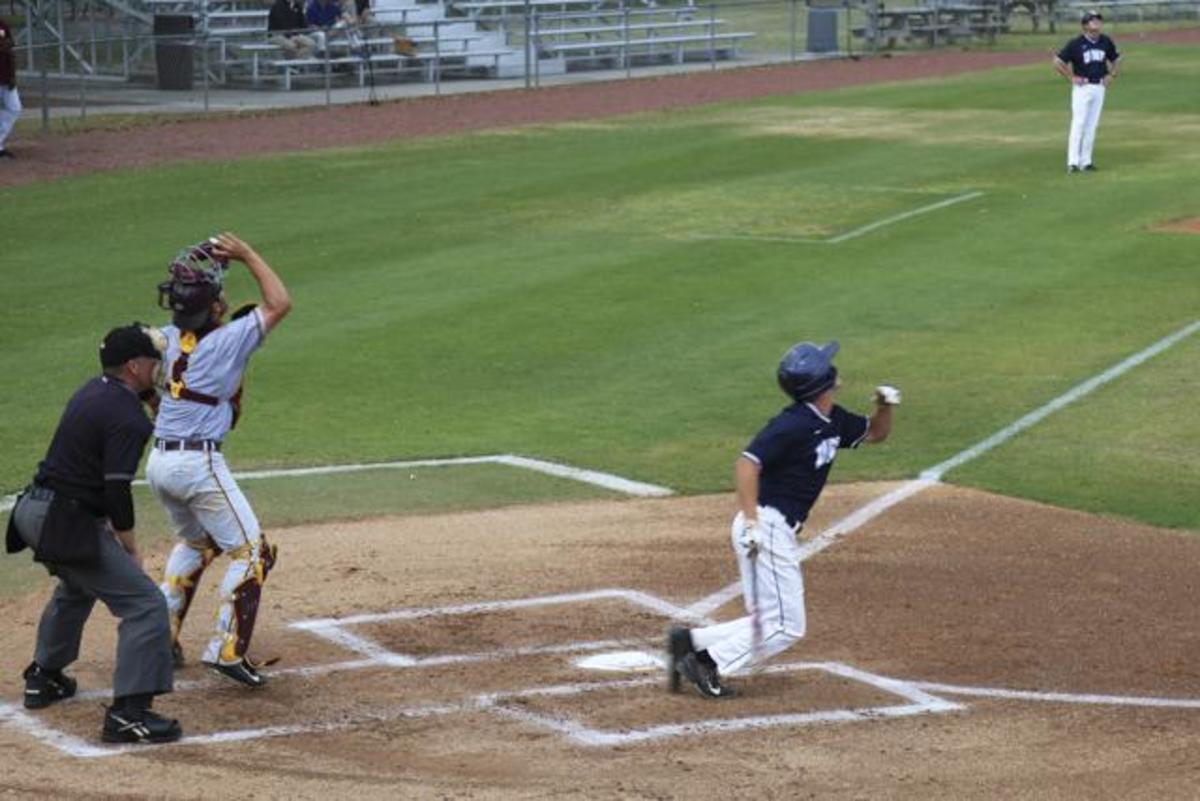 Donnie Dewees looks up after striking the ball.
Photo by Camille Shaw

Sophomore Bryan Baker (3-2) earned the ‘W’ for UNF, with Junior Corbin Olmstead picking up save number four on the season.

Outfielder Donnie Dewees, redshirt sophomore, hit his tenth home run of the season in the bottom of the second inning, driving in each of the Ospreys’ three runs.

In the top of the third inning, Jordan Robinson, BCU infielder, hit a two-run double to left field, bringing the Wildcats within one run of the Ospreys.

The Ospreys left 10 batters on base for the game, while the Wildcats left just three. Yet, the 3-2 score went unchanged after the third in a clean, defensive game with no errors committed by either dugout.

UNF will face Florida A&M on Wednesday, April 8 before taking on Lipscomb in an A-Sun series over the weekend.