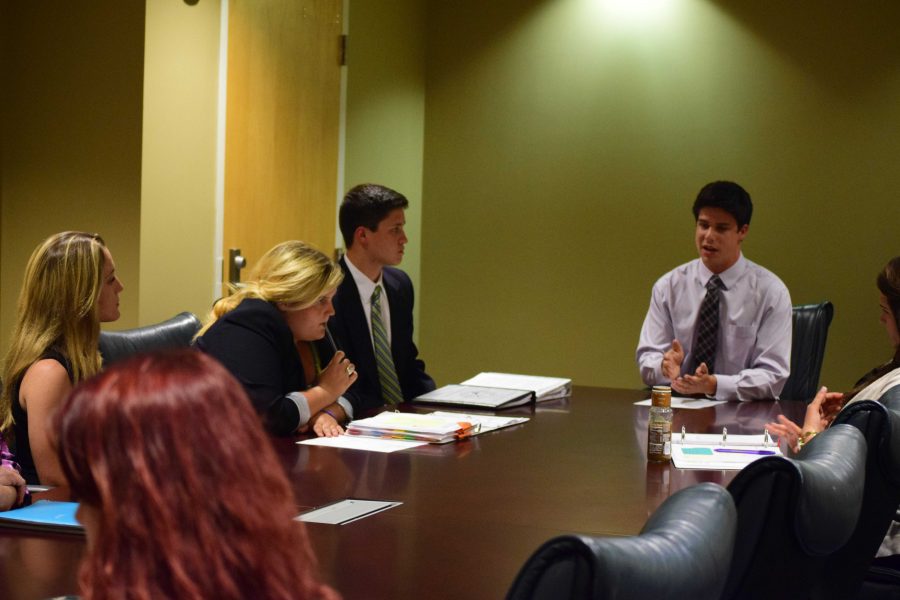 The Budget and Allocations (B&A) committee and Government Oversight Committee (GOC) passed several motions for senate approval, including the addition of five SG positions at the senate committee meetings May 18.

President Shomari Gloster introduced each candidate appointed by the GOC.

Cameron Duffy was approved to replace Morgan Wolf as SG treasurer. Duffy was the treasurer for Chi Phi Fraternity.

The new director of governmental affairs will be Jordan Wilson. Wilson previously worked for Club Alliance as its public relations coordinator.

Finally, Janice Anglin was appointed as the new Lend-a-Wing Pantry coordinator. The coordinator will be responsible for promoting the pantry’s availability and convenience for students.

The B&A Committee approved motions for the senate to deliberate during its next meeting, including a revision to the 2014-2015 Activity and Service fee budget and a special request from UNF senior Stuart Maddox.

Senators will review the passed motions from Monday’s meetings during the next senate meeting on June 8 at 6 p.m. in the Senate Chambers.