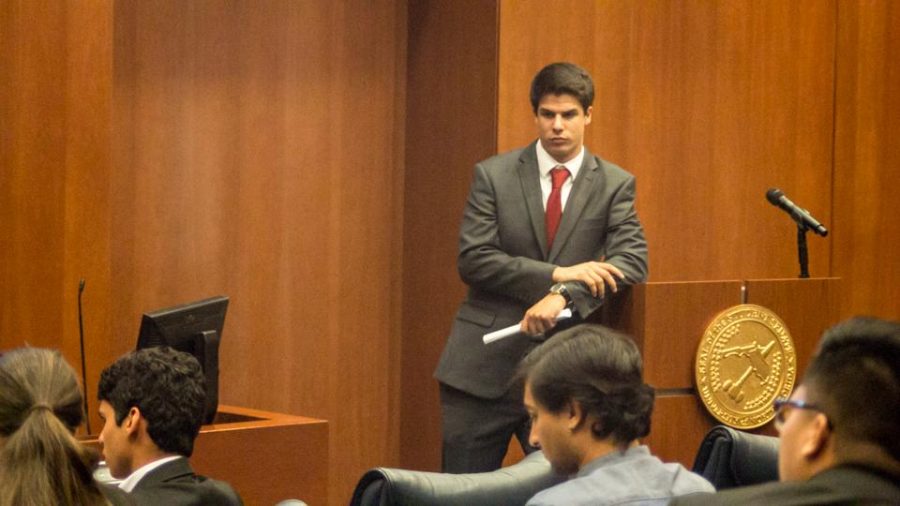 Student Government’s (SG) Budget and Allocations Committee (BAC) and Senate approved a $60,500 special request during emergency meetings July 27, after a procedural mistake sent the request back to committee.

The bill, a special request titled SB-15SA-2875, was originally passed into law on July 6 and will fund a $50,000 lobbying contract and $10,500 for SG travel to Tallahassee. The SG Supreme Court sent the bill back to Senate, ruling that a procedural error put the bill in violation of Title VIII of SG’s constitution. Senator Janrei Villavicencio and Chief of Staff Jordan Wilson presented the bill.

“If we are to get this passed now,” Wilson said, “Tomorrow starts day one of strategizing and working with Southern Strategy Group to make sure that we are utilizing every minute, every hour, every day that we can to make sure that we have as much information backing our initiative as possible.”

With four voting members in the emergency BAC meeting, the special request passed unanimously again. In the emergency Senate meeting directly afterward, the bill was the only business scheduled for the night.

In Senate, BAC Chair Troy Bottom was the only senator who voted against the bill, citing a lack of representation with 13 voting senators. Senate approved the bill, voting 12-0-1.

Bottom said it didn’t make sense for Senate to flip-flop on making financial decisions with a limited voting quorum.

After pointing out that Senate tabled a special request for $120,000 last week, drawing parallels to the request at hand, Bottom said, “I don’t think $60,000 is a lot less. And I think that this Senate agreed that we didn’t have a full Senate, it wasn’t okay to make that much money.”

Since Florida’s state governing committees begin meeting in September, supporters of the lobbying bill emphasized the importance of passing it quickly, since the lobbyist’s contract can take up to six weeks to finalize.

Senator Austin Daniels, who voted against this bill the first time, voted to pass the bill during its second trip through Senate.

“I still remain highly skeptical, although this time I’ve had my time to do research because we knew it was coming up,” Daniels said. “Last time we did not know, and actually was not the fault of the people trying to get the bill passed it was actually a screw-up on the pro-tempore’s part for not getting it on the agenda sent out to us in emails.”