Spinnaker to hold magazine release party at the Boathouse 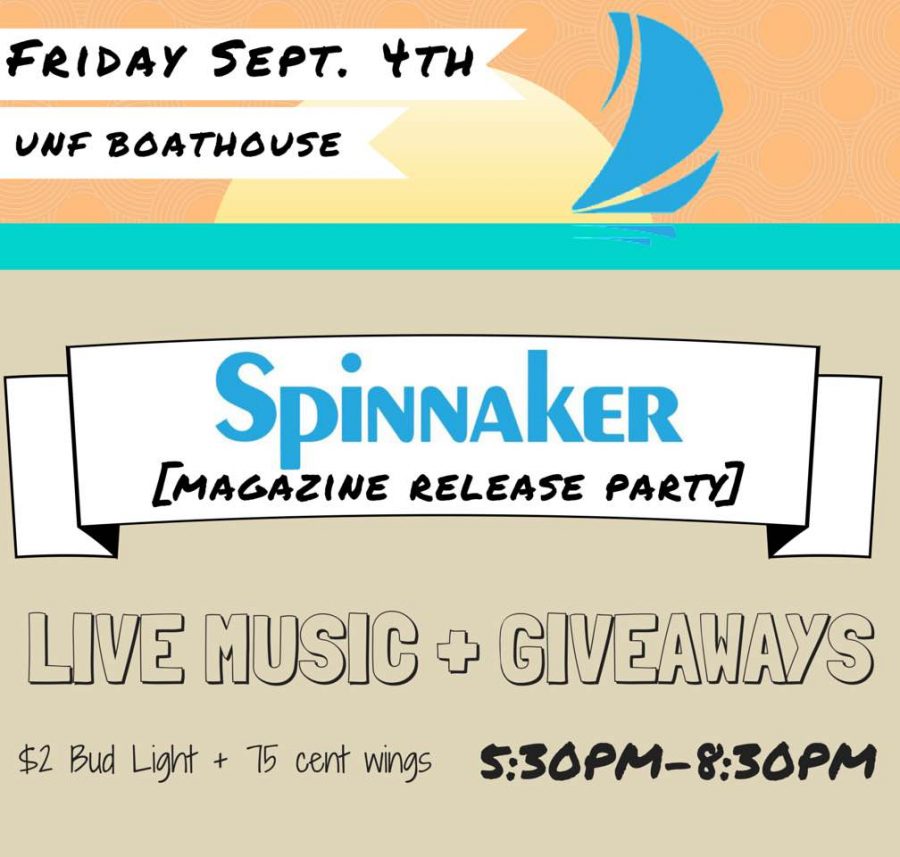 View a gallery of photos taken at the party below.

Spinnaker Magazine is holding a magazine release party on Sept. 4 at the Boathouse from 5:30 p.m. to 8:30 p.m. Live music, food specials and giveaways will open the night up to introduce the first magazine of the year.

Four issues of the magazine will now be released per year. The Spinnaker has also been testing out a new daily publication, The Current.

Spinnaker Promotions Director Morgan Purvis was in charge of planning the event to mark the magazine’s release.

“My hope is that the release party will bring out many people in the UNF campus community,” Purvis said. “Beyond the awesome music, great food and people, we really want to show why Spinnaker is UNF’s source for news and entertainment.”

The Boathouse will host the event with the Spinnaker, offering specials on food and beverages with 75-cent chicken wings and $2 Bud Lights.

The entertainment lineup for Spinnaker’s big night brings in local music artist and rapper Lima Charlie. Charlie said he’s hoping UNF has “everything hundo” for his set, which he described as a display of his “quite genius songwriting abilities.”

Also on the setlist are local indie rock band Boysin, headed by former UNF student Russell Beard. They will perform songs from their latest album, Siding.

Giveaways will be handed out to the first 50 students who walk in, and include items from Firehouse Subs, Mellow Mushroom, and Spinnaker Media. All students will receive a raffle ticket to win Publix gift cards and other prizes. Vouchers and coupons for local businesses such as Sippers Coffeehouse are also up for grabs.