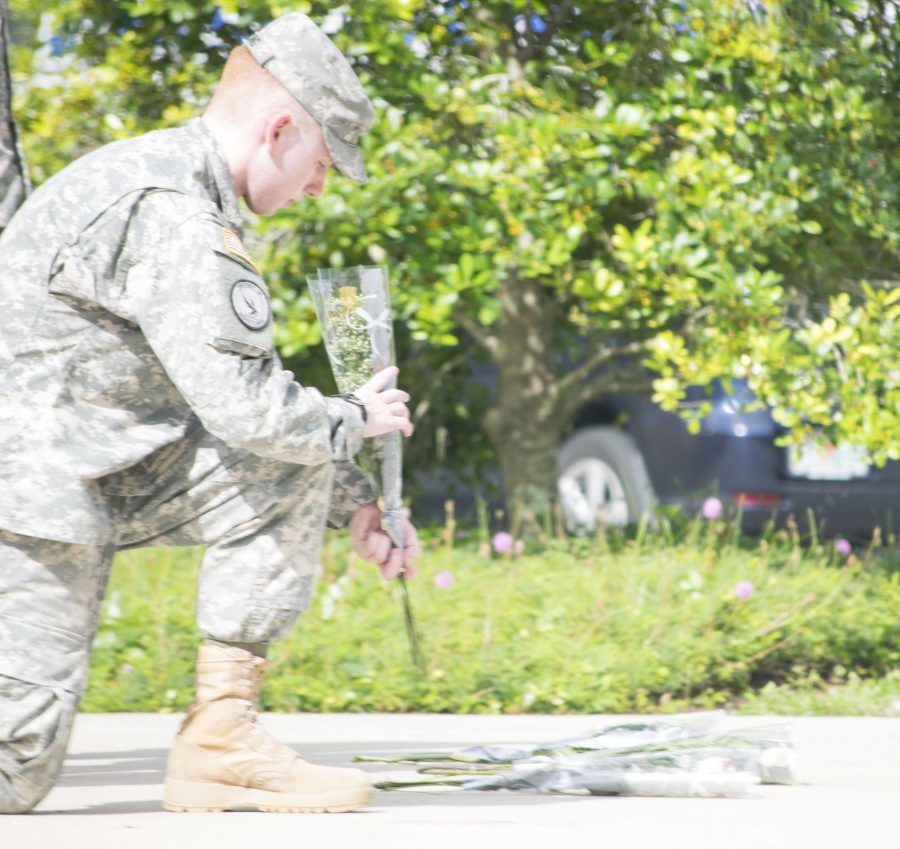 The ROTC cadets stood at attention and read off the events that unfolded during the Sept. 11 attacks.

The Osprey Guard laid four roses on the ground in front of the half-staff United States flag at the Student Union to end the event. UNF Army ROTC’s Assistant Professor of Military Science Maj. Tali Hillsgrove was a school teacher at the time and also served as a National Guard member.

“Our country was attacked, it was basically a declaration of war on our country at that time,” Maj. Hillsgrove said. “I was called up within two hours of the attack and the whole country was mobilized during this attack by President Bush.”

Maj. Hillsgrove said the terrorist acts that happened that day put every American in danger.

“We’re here to remember those people that passed away,” Maj. Hillsgrove said. “Also, the ones who went to Afghanistan and are still fighting to this day for what happened in 2001.”

Marsha Lupi, an associate professor at UNF’s College of Education & Human Services, worked at Hunter College in New York City during the Sept. 11 attacks. Lupi recalled that some Hunter College students died in the attacks, so the Osprey Guard’s ceremony was important to her.

“Of course lots of people lost family members,” Lupi said. “You don’t forget the day. It just unfolds slowly and you relive it. And things will never be the same.”

Lupi said that in moving on after Sept. 11, going forward has to be better.

“So we have to try and make it better each day of our lives,” Lupi said.