Letting go of fantasy with When Marnie Was There 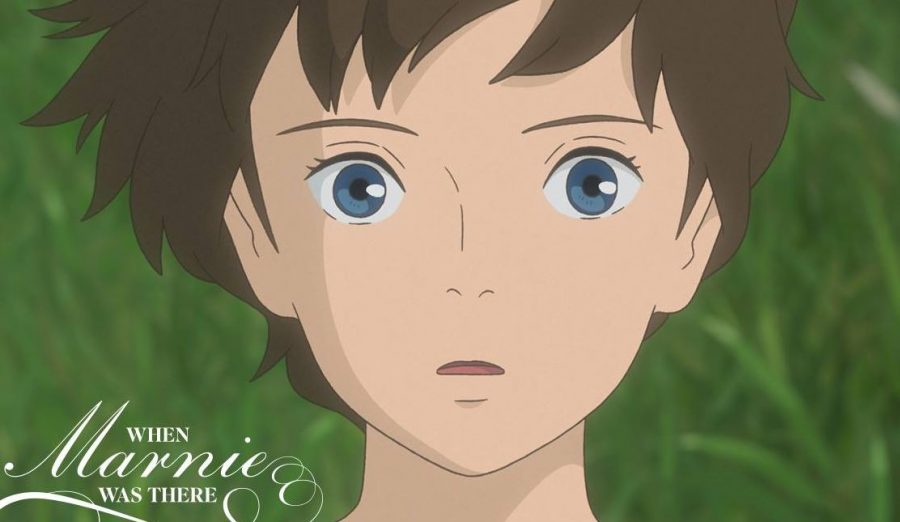 Shannon Pulusan
[youtube https://www.youtube.com/watch?v=PZq4uuMP8ss]Director Hiromasa Yonebayashi’s animated film When Marnie Was There does not set us in a moving castle powered by a fire demon, or a spirit bathhouse owned by a witch with a beak nose. Instead, it keeps us rooted in the natural world without losing the fanciful finesse Studio Ghibli is more greatly known for. Yonebayashi’s final animation under Ghibli, as well as the rumored last production of the legendary studio, When Marnie Was There brings the audience through a journey of childhood imagination and memory that renders the magical possibilities of the human psyche, and does not disappoint.

The film follows Anna, a 12-year-old girl emotionally estranged from her peers and foster parents. Sensitive to the idea of being a secondhand child and the possibility that her foster family’s love may not be genuine, Anna keeps her distance and draws in a sketchbook to ease her self-hate. After suffering from an asthma attack, Anna spends the summer with relatives in the country where the air is cleaner. There, in the picturesque seaside town, Anna’s fixation to a vacant mansion across the marsh, a place she claims is familiar, influences her dreams. In her visions, the mansion appears furnished and a mysterious blonde girl dwells within. Soon, she finds herself outside the mansion where the girl from her imagination introduces herself as Marnie, and a strange, revealing friendship begins to blossom.

Yonebayashi must have a penchant for sickly characters, being this is his second directed film where the feeble main character makes a retreat to a lush, green abundant town. Anna’s adolescent strife, healing and recovery in the picturesque village of Kushiro are reminiscent of Ghibli’s Whisper of the Heart and My Neighbor Totoro, similarities Yonebayashi was conscious about during production. However, based on the young adult novel by Joan G. Robinson, When Marnie Was There centers on the notion that children are impressionable individuals keen to the happenings of the world around them—a theme analyzed on several psychological levels throughout the film. Because of Anna’s social anxieties and insecurities, the mansion becomes a respite for her to invent a new reality with Marnie. Though their encounters are limited to the general vicinity of the mansion, the two girls grow closer with each round of questions and secrets shared. Marnie and Anna’s friendship carries a sisterly bond, the kind where one is envious of the other. However, there are moments when their intimacy makes you wonder whether Yonebayashi intended to suggest a progressive kind of love. Nonetheless, it’s safe to say this Studio Ghibli animation is about love – the love beyond blood, beyond time, and the love between soul mates.

In comparison to other Studio Ghibli titles, When Marnie Was There has a haunting quality that exceeds any kamikakushi (“spirited away,” or a disappearance into the spirit world) as the animation takes on dark elements. From the overcast skies, the grainy, sand-like transition from illusion to reality and the perpetual evening fog, When Marnie Was There appears like a ghost story. Its ambiance makes it easy to assume Marnie is a ghost occupying the mansion. The subtle details also allude to the possibility that Anna might be Marnie’s imaginary friend rather than the other way around. But as the plot continues, new findings about an actual, real-life Marnie have us wondering further about the uncanny elements embedded in this tale. The movie’s only downfall is how defined Marnie and Anna’s relationship becomes at the end. Up until the point of the great reveal, the film trusted the audience to maintain a sharp eye for little hints to help theorize Anna’s situation. But even after learning the game-changing fact, Yonebayashi keeps the logic of Marnie and Anna’s encounters unexplained and thus, magical.

With Studio Ghibli announcing official hiatus after this animation’s release, When Marnie Was There is rumored to be the studio’s last production ever. Though some fans might feel unsatisfied with the realistic storyline, I find Yonebayashi’s film to be a successful endnote to the Ghibli legacy. The film is mature in highlighting the capacity of the human psyche to rewrite, reimagine and reinvent what we believe to be true, especially when dealing with childhood memory and trauma. When Marnie Was There recognizes the joy and denial that come with imaginary friends and how an attachment to the unreal can be treated as a defense, comfort and a mirror, but it also recognizes that these attachments have expiration dates, pushing us to grow beyond them.

When Marnie Was There also has a grand message to die-hard fans: fantasy exists beyond Studio Ghibli worlds, enduring in the natural world so long as we allow it. Perhaps the restless master Hayao Miyazaki will revoke his retirement yet again to produce another animated marvel. But if this is the last of Studio Ghibli, then it is a complex and compelling finale with an open-endedness that lingers for as long as an indefinite hiatus.