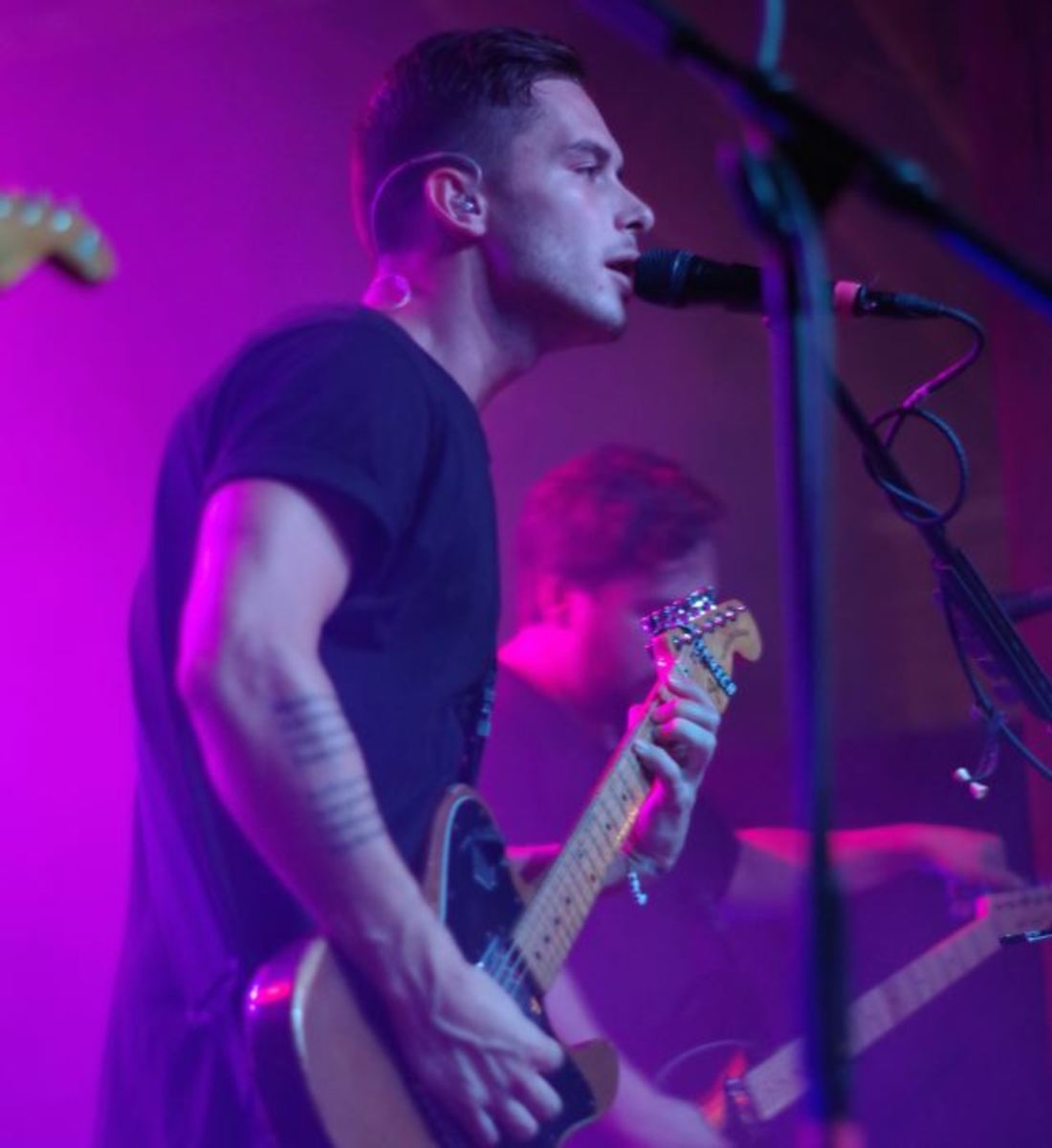 Indie rock band Lydia rolled their Run Wild North American Tour through Jacksonville last night at 1904 Music Hall, with guests Turnover, Seahaven, and the Technicolors for a delightful night of headbanging and a community “cry sesh.”

The show was a tasty alternative and pop-punk sandwich, featuring the emotional Turnover and escapism rock band Seahaven as the two middle acts, balanced comfortably with the upbeat Technicolors and whimsical Lydia.

Walking in from 1904’s backyard patio hangout a song or two into the Technicolors’ set, the crowd already seemed to decide they dug what the funky Phoenix group was putting down.

Although the general admission room had a thin crowd for these openers, the band made the most of a small party. The audience they did have was dancing like they genuinely enjoyed the new voices. As the new kids on the block, The Technicolors spent a lot of their time on stage making sure they did their best to get everyone off their feet and involved in their groovy dance party.

After The Technicolors wrapped up their set, Turnover took the stage while fans got their tissues ready.

Like magic, the crowed filled out completely by the time Turnover began their feeling fest, and it was clear this group is who everyone came to see. Since the release of their new album Peripheral Vision (2015), the band has received some serious love and attention. Turnover then proceeded to play a set of only songs from this album, and everyone loved it. Looking around at the mostly female crowd, every mouth was moving in perfect time to each and every lyric the band sang.

If Turnover was to join this tour lineup while expected to play their older works, the flow of the concert would falter immensely. Compared to their younger days as pure pop-punk rats yelling and playing obnoxious drum beats, the set Turnover played last night went back to the days of dreamy 80s rock that fit perfectly with their indie rock openers.

However, the tracks Turnover played from their album Peripheral Vision are notorious for being emotional to the extreme, and tears were visible on multiple people in the masochistic crowd. Through ugly crying faces and smeared makeup, it was always evident the fans loved every second of Turnover’s time on stage.

Seahaven took the stage next, climbing up with their instruments and every member wearing their signature “Pura Vida” tee. In all black, Seahaven looked intimidating. The 20-minute struggle with the house sound engineer added to their serious attitudes, but really showed insight to their keen eye for detail and dead set image on their live performance standards.

Each band had a small grapple with the house sound engineer, a regular routine for each show held at 1904. But in Seahaven’s case, the issue seemed to resonate more in the band’s performance, as they were visibly irritated with the engineer’s failure to produce they sound they wanted. This band is also known to get irritated with the crowd, too. The singer Kyle Soto shushed the crowd many times throughout the set when he wanted us to be quiet.

Once the sound was figured out and the band fell into a groove, Seahaven performed a new song called “Lost,” but did not mention if it was included on a new album they’re working on or not. The new track was stripped of a lot of emotion Seahaven normally pours into their escapist style, and the crowd seemed uninterested until they resumed playing their already known hits.

Most tracks were from their latest album Reverie Lagoon: Music for Escapism Only (2014), another instance in which a band at this show embraced a new sound, but they did play a couple tracks from their 2011 album Winter Forever. The 2014 album is, lyrically, ridiculously heavy and a true diary of an overthinker. Their performance, stage presence and song choices only enhanced the emotional impact of that album.

Headliners Lydia certainly lightened the musical mood next, following two incredibly emotional bands. The stage was set up with their keyboardist in the front left corner, and illuminated orange orbs atop pillars placed at different spots on the stage. The vibe of the concert shifted to a much lighter experience in every way, and the room sighed a breath of relief.

With Lydia, the night ended on a slightly lighter note, and fans went home with happy hearts.