Now Playing: Blood, guts and ridiculous romance in the Attack on Titan movie 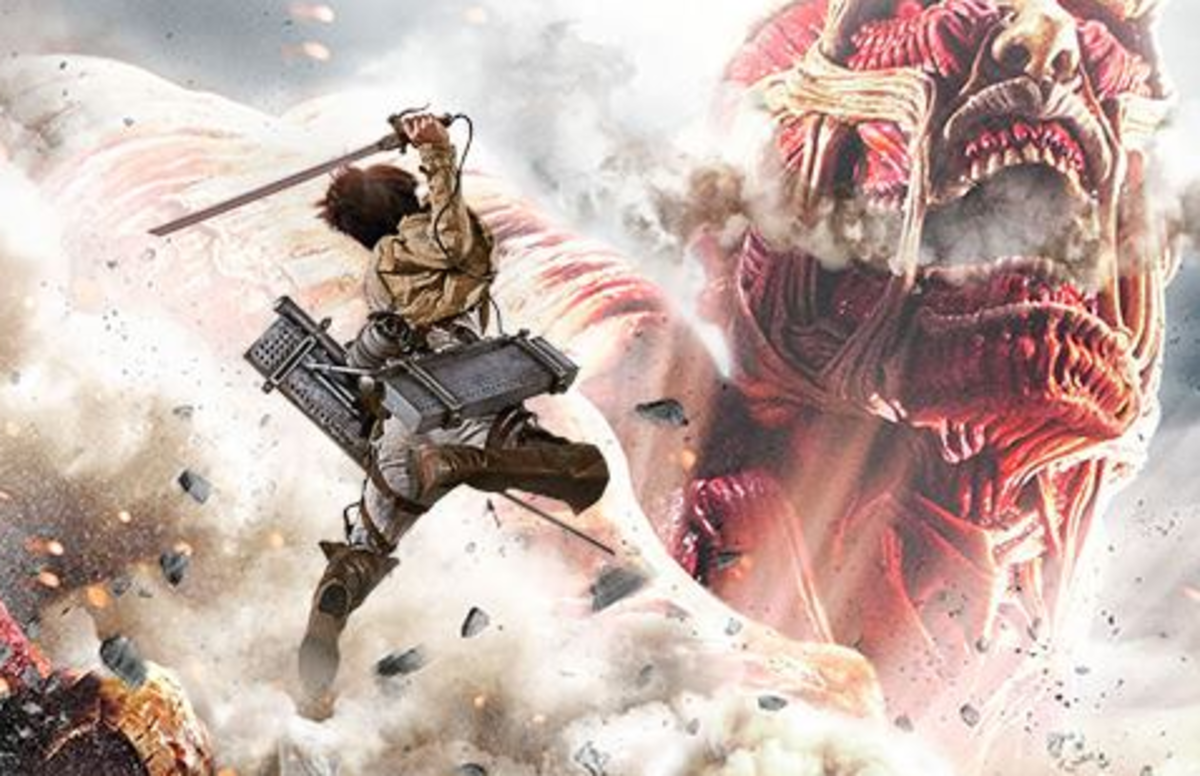 After enduring creative and commercial failures like Dragonball Evolution and The Last Airbender, fans need to accept the truth – anime and manga don’t thrive beyond their two-dimensional domain. Viewing live action anime adaptations is all about curiosity: for how gravity-defying hairstyles will be interpreted on screen, for how intact the plot will remain and for how bad – or so bad it’s good – the film will be. So arrive to see director Shinji Higuchi’s Attack on Titan Part 1 without any expectations. Forget everything you know, and prepare for fanfiction brought to life on a budget.

The film’s regurgitation of Hajime Isayama’s manga series deliberately excludes the character trauma and specific detailing of the society’s layout and military. Instead, the Japanese special effect mastermind Higuchi runs with a creative shift. The dumbed-down plot ignores everything that was crucial to Attack on Titan’s commercial success in order to fill the void with not-in-the-manga romance, and more screen time for the stars of the show – the giant, gluttonous flesh-eaters known as titans.

The film takes place in a society completely enclosed within protective walls defended by the military. For the past 100 years, the walls have ensured peace for the citizens, diminishing the belief that monstrous enemies known as titans actually exist. Feisty protagonist Eren, along with best friends Armin and Mikasa, decides to explore the outer wall’s perimeter, imagining life outside the fortification. In the midst of the trio getting caught in a fistfight with authorities, a sudden tremor brings everyone to a standstill shock as they witness a colossal titan puncturing a hole into wall. After the fall, Eren is convinced he left Mikasa defenseless against the titans. To avenge his girlfriend’s assumed death, he joins the military cadets two years later with a now-orphaned Armin.

The movie’s plot is akin to an abridged version of Attack on Titan shared by someone who probably didn’t get past the anime’s first episode. There are naked giants, an angsty protagonist and a female lead defined as nothing more than a love interest. Apparently Higuchi saw potential in that flawed impression of the series which might not have been as bad if executed well. Higuchi and his team picked up on how inherently dystopian the Attack on Titan series is, something that can be overlooked when contrasted with the anime’s warm color palette and pristine art style. The overall gray tone of the movie creates eeriness reminiscent to the atmosphere of Battle Royale, another hit Japanese export.

The film’s strength lies in the apparentness of society’s social hierarchy, as everyone in the outer district is clad in dirty, patched-up clothes. The opening scenes alone reveal the outer district folks’ everyday struggle: families performing trades to make a living in an overcrowded community. Two years after the titan invasion, poverty continues to worsen. Families send their children to the military to relieve financial burden. Some voluntarily join to reap benefits, while others look for an imminent death. Eren, like his comrades, has no compelling motivations to enlist except the death of his sweetheart Mikasa. He has nothing holding him back. Being single orphan makes Eren an empty character ready to devote energy into killing titans for sport. Again, abandon all hope that things stay true to their source.

The romance in the film does nothing more than give coed combat a bad name. Injecting drama between the sexes into such a dark series not only detracts from the gravity of the situation, but also robs Mikasa of her role as a badass female. In the source material, Mikasa and Eren’s relationship is given a familial slant. The two are like brother and sister, and sexual undertones are avoided. But the film shoves them together as if they were star-crossed lovers. Rewriting Mikasa and Eren’s relationship isn’t a fan service, it just offers a selfish, chauvinistic motive for Eren to accept the call to action. In fact, everyone in the military seems to pair up. Even Armin has a lady friend thrust upon him.

But perhaps romance is a more realistic approach to all that’s happening. If a relationship can motivate a soldier to survive for a future with someone, then go ahead and ship everyone. But this highly misogynistic script change implies that strong female characters can never surpass their male counterparts. In other words, Mikasa cannot be who she is without Eren or her new love interest, the flamboyant Captain Shikishima. With staring games, shameless fondling and bizarre innuendos, the supposedly romantic scenes are negligible, but also masochistically enjoyable. They’re hard to watch, but it’s all you’ll want to talk about walking out of the theater.

Higuchi makes up for the poor character development and a condensed plot by doing what he does best – bringing sci-fi chaos to an innocent town. The titans look like Kaiju monsters or Power Rangers villains stripped down to fleshy bodysuits. The gratuitous amount of blood and gore prove how goofy titans are in concept. The horror aesthetic along with the bad acting make it very clear that the titans are supreme here and thus, need to expand in diversity. The film features variants of titans unheard of in the series, altering major plot lines to the point where one might want to check out Attack on Titan Part 2 to see what’s next.

The slime, viscera and even an inside look at Eren riding down a titan’s digestive tract are what should compel fans to check the film out. With brand new potential story arcs, Godzilla­-style thrill, and laughable caricatures of beloved characters, Attack on Titan Part 1 is a definite must-see to enhance the original series’ greatness and equip fans with new inside jokes, even if it’s not great. It’s about perspective, and Higuchi offers an alternative view that fans might forgive in exchange for more and more titans.