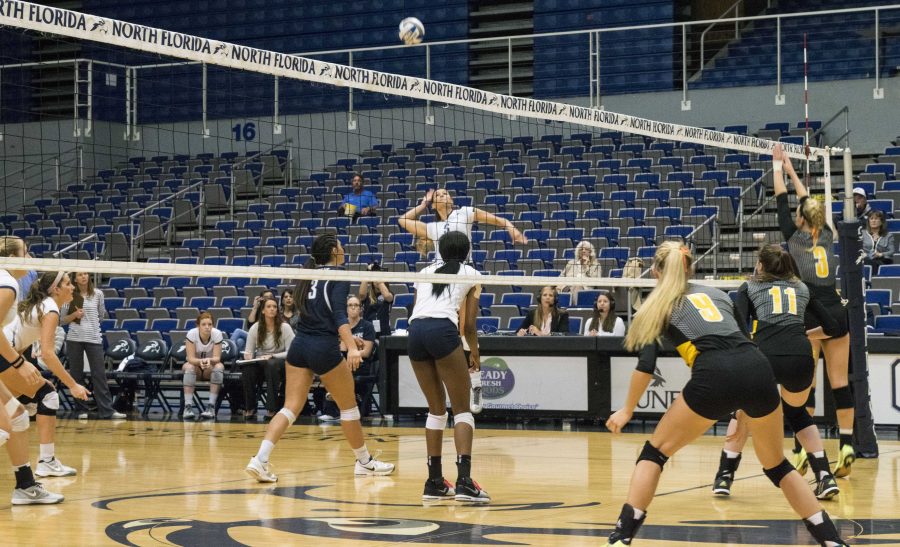 UNF volleyball regained their momentum with a 3-0 sweep against the Kennesaw State Owls at the UNF Arena on Nov.13. The Ospreys fell 3-1 to the Owls earlier this season on Oct. 3 at Kennesaw State.

During the second set, the Owls struck first, but the Ospreys closed the gap to be within one point before an UNF timeout, with the score at 15-14. The Ospreys grabbed the set with a 25-22 victory, earning a contested 11 points.

“Really excited about how our team played, we came out and very focused and did a nice job of slowing down some of their attacks,” Loeswick said. “And obviously very excited to beat a very, very good Kennesaw team and earn our way into the conference tournament.”

“I thought everyone played well, it really flowed and the team had good chemistry,” Miller said. “I think we will carry momentum from tonight over into tomorrow and then we are going to have a good game, so we can carry momentum into the conference match next weekend.”

With the win, the Ospreys clinched the fifth-seed spot in the Atlantic Sun Conference Tournament, which will be played in Nashville, Tenn. The Ospreys will face the USC Upstate Spartans in their last game of the regular season at the UNF Arena on Nov. 14.