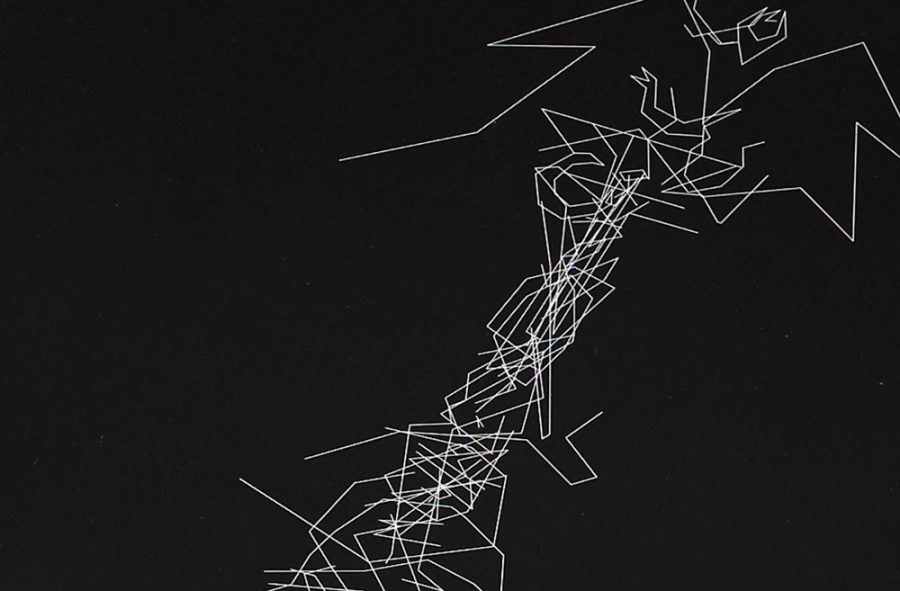 We are all ashamed of the past. Every so often, an embarrassment long forgotten creeps into the mind and announces itself, like a thorn embedded in the capillaries of the brain, a parasite that bites rarely but sharply. To put it more clearly:

Remember that thing you did when you were 15?

Yeah, when you were 15. What a fool you were! You dressed in those clothes. You used to hang out with those people. You were in that club. You were so full of yourself it’s almost sickening, and it was all a coping mechanism.

Adolescence ravages the soul. It is a solid decade of ruthless, extended metamorphosis. We gain awareness of sex, of power dynamics, of the blind, indiscriminant cruelty the world has in store for us. We cling to our innocence, hoping to permanently stave off adult responsibilities and live in guarded ignorance. Or we throw ourselves headlong into perceived maturity, attempting to imitate the next stage of life before we can truly know it, and when we know it, we want to go back.

Children, in shifting into adulthood, are finally made aware of just how ugly their bodies can become. Our skin bleeds salty water. Our pores explode with irritation, pulsing red with oil and pus. Hair erupts in forests that grow back no matter how many times we try to cut them down. We tremble with anxiety, confusion and lust, all of which never vanish, but simply lessen over time. To be a teenager is to be thrown into a tumultuous sea of change. It is a time that many choose not to remember, which is perhaps why electronic music savant Daniel Lopatin chose it as the theme for his latest album.

Lopatin’s most recent album as Oneohtrix Point Never, 2013’s R Plus Seven, was one of the most refined, inventive records of the decade, devising a totally new method of composition and turning the most trite, unrefined of synthesizer effects into high art. His work depends on — as he himself wrote earlier this year — “constantly interfacing with dumbness on an aesthetic, investigative level.” It is about finding beauty in things we consider ugly, and certainly, adolescence is when we feel the ugliest. This is why his new album, Garden of Delete, is a fundamentally brave work. Lopatin has scoured the pits of his own teenage experience and come up with objects of beauty.

We see this first on “Ezra,” named for the extraterrestrial teenage music blogger character Lopatin invented as a sort of muse. Ezra is obsessed with a fictional (?) band called Kaoss Edge, owns a dog named Void and emits an aura that makes those around him physically ill. The song, which provides a stylistic palette for the rest of the album, sends him up with pop vocals over a cyberpunk synth breakdown straight out of Ghost in the Shell and a continuous sampled refrain of Ezra’s name persists amid slap bass and a cold, steely melody. Next, with “Sticky Drama” comes another synthetic sendup, this time of the late 90s alt-metal Lopatin was reminded of while on tour with Soundgarden, Full of double bass pedals, scream vocals, static and rage, it sounds like Nine Inch Nails filtered through a defective garbage disposal.

The tense, brown-note of an interlude “SDFK” leads into the eight-minute centerpiece “Mutant Standard.” Vacuum sweeps give way to a ceaselessly pulsating rhythmic line. Young voices converse as glowing synths take control of the track. As the final, trance-influenced melody propels us into a digital rave on a corrupted hard drive before ending in a virtual fog that returns us to a state of unease, we feel as if we’re trapped in an overclocked Sega Saturn, ready to crash at any moment.

A devastating admission begins the gently gripping “Child of Rage.” A digital marimba enters, occasionally joined by echoing piano and vocals, MIDI guitar and bass and glimmering synth effects. Somber, lonely and sorrowful, the track is followed by the distorted, high-pitched vocal whines and strumming, ritualistic guitar motif of “Animals,” a track whose pseudo-philosophical lyrics could entice any overly-intellectual teenage boy. On “I Bite Through It,” an off-kilter, percussive melody slowly chugs on before detouring into Headbang City, one last bout of fun before “Freaky Eyes.” The clearest connection to R Plus Seven, it’s a cavernous, awesome track that spins holy music into a dark, gothic direction before transitioning to electronically-inflected soft rock and fusing the two together by its end.

Two tracks remain, but by now the album has worked its magic. By examining his own weird teenage obsessions, Lopatin has built a marvelously queer world of circuitry and slime to be inhabited by today’s young music fans, a sprawl of musical detritus where the analog and digital are molded. It is a realm for the outsider, the individual that feels the awkward impressions of their age and feels a need to retreat into dark fantasy. It is for those within adolescence and those that will forever feel its residue; for those who can’t help but feel the past creep up on them.

Jonny Greenwood, Shye Ben Tzur and the Rajasthan Express – Junun: The sessions for this album – recorded in an Indian castle, engineered by Radiohead producer Nigel Godrich and featuring the band’s guitarist Jonny Greenwood – were captured by Paul Thomas Anderson in a documentary of the same name. The album itself is far dreamier, and while composer Shye Ben Tzur’s electronic elements are slightly distracting, it’s just as fun as the film made it look. A fascinating journey.

Arca – Mutant: The producer has worked with Björk, Kelela and FKA twigs, but his most vital work continues to be his own. His latest full length is an immense, masterful work of intense passion and distinctive style, an ever-morphing figure that floats above the ground and begs us to bask in its glow.

Lotic – Agitations: A 30-minute mixtape from the hard-hitting techno producer. Less piercing and skeletal than the Heterocetera EP from earlier this year, but also sharper, more refined and no less terrifying.

Sophie – Product: Is it pop, or something deeper? Is it still art when it’s used in a fast food ad? Is it still an album if it’s released as a series of high-gloss fashion accessories? One thing is clear about this infectious fusion of commerce and art, of net weirdness and bubblegum trap: it bangs.

Next week: we begin our coverage of the best music of 2015.