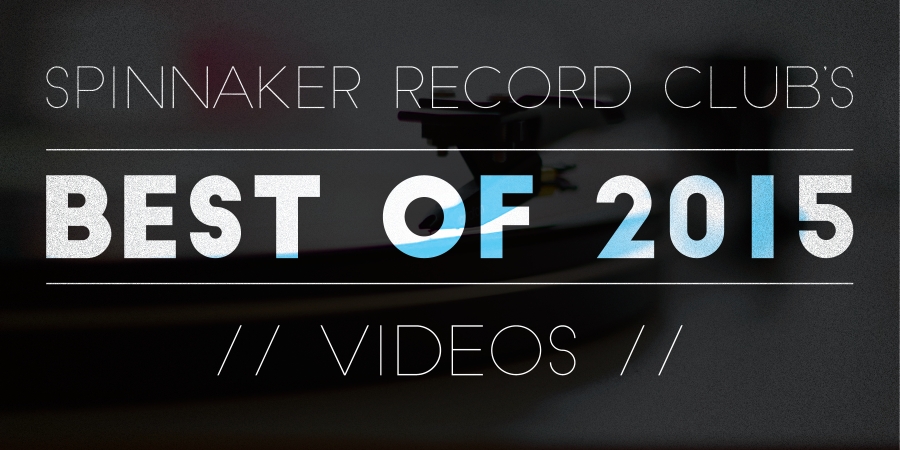 Spinnaker Record Club’s survey of the best music of 2015 continues with our favorite videos of the year.

Missy Elliott feat. Pharrell Williams – “WTF (Where They From)”

After years on hiatus, Missy Elliott is back with fire. Her music video for the single “WTF (Where They From)” has collected 10 million views in its first three days and is still racking up numbers. From playful visual flips to bold makeup and styling, everything about it is innovative and fly. With a delicious color palette playing off of neon lights and emergency flares, the video tactfully grasps a street aesthetic. The choreography recognizes that this is a hip-hop track with dance potential, stuffing in bone-breaking, freestyling, puppeteering and even hoverboard grooving. Who knew Misdemeanor would deliver this good at 44 years old? – Shannon Pulusan

Directed by Joe Weill and the Little Homies

In that single profane sentence is a complex metaphor on the devaluation of the black man, an assertion that he is more valuable than America believes and expects him to be. In this single minute is a microcosm of black music, a blistering barrage of jazz and spoken word poetry. The video, where Kendrick appears as a trickster bothering a boorish, emasculating woman, may not be as showy as “Alright” or “These Walls,” but it lacks pretense and entertains without resorting to gimmickry. You could imagine this scene playing out in the To Pimp a Butterfly movie Kendrick and TDE head Dave Free seem to be slowly creating as the Little Homies. – Doug Markowitz

When I first watched this video a few weeks ago, the part of its gloomy, gloppy, techno hodge-podge of a realm was “How did they get it to look like that?” There’s a sort of flat gloss on top, muting the colors and making everyone’s skin look worse. It gives the film character, making us feel like we’ve been plopped down into the middle of an epic saga. The world of “Sticky Drama” is awesome, merciless and absolutely disgusting, a perfect accompaniment to the song’s digital nu-metal jam fest. Is it all an elaborate game of swords and costumes, or have we been cast into a cyber-gothic fantasy-scape where children become road warriors donned in plastic and slime? We are never given an answer. We can only watch in gruesome fascination and wonder how they made it. That’s good filmmaking. – Doug Markowitz

Usually, people don’t turn to music videos expecting any kind of story. The most commented-upon videos are often simple song-and-dance affairs with wild costuming, complex choreography and absolutely no depth beyond the aesthetic. They are visuals made to suit the song.

“Sound and Color” certainly gets a suitable visual, but attempts to go beyond this minimum, and does so elegantly by telling a story that flips the song’s optimism on its head. As the song plays, a stranded astronaut wakes from cryo-sleep and walks the halls of his ship. Memories of an Earthly past flash by. “A new world hangs outside the window,” as Brittany Murphy sings, but the hopeful lyric turns tragic as the astronaut learns he can never go home. Simple, clever and brutal. – Doug Markowitz

Impact outweighs production value in Kanye West’s “Only One” music video, released in January. The song, about his daughter North, sounds like a companion piece to 2005’s “Hey Mama.” Spike Jonze (Where the Wild Things Are, Her) filmed the short visual representation of one of the few ‘Ye singles released this year with a smartphone on a very humid day. Visually, it looks like a West family home video of ‘Ye carrying his baby and singing her a lullaby with a feel-provoking Rhodes piano to accompany it. The video doesn’t make sense structurally, and the mix of natural sound from slow motion clips and the track may leave some reaching for their CDQ. But because it’s different, it stands out. – Justin Belichis

Although it’s more like four or five videos in one, the final segment having been released months earlier as “Glass and Patron,” twigs connects each part of M3LL155X by weaving in common themes of femininity, motherhood and sexuality. A disturbing sexual encounter leads to pregnancy. A birthing scene with rainbow paint and ribbon leads to a spectacular drag ball in the frigid woods. From ingénue to dowager queen, resurgent to dependent to resplendent, twigs inserts herself into a spectrum of female roles. The visuals don’t always connect to the concept, but they’re incredible to watch, and while that’s often enough in a music video, twigs goes the extra mile. – Doug Markowitz

To stretch a high-rise block into miles, fashioning it into an outsized edifice of capitalistic excess shattered and rebuilt by the artist’s will; to turn another building into a billowing cascade of glass and concrete; to convert an exploding bridge into a spectacular light show as warped pop samples and mutant club music blare. Repetition, transfiguration, manipulation of time and space – this is the power of the art of film, and this supergroup of artists have mastered it before even dropping a single. – Doug Markowitz

Downgoes Frasier – “Why You Always Lying”

Here, we have everything the video for “Hotline Bling” wanted to be but couldn’t.

Watching Drake shimmy around his blandly colorful spaces, one does not sense that he’s doing it because he’s having fun. It’s a ploy. Drake knows he’s a meme, and this year, he began to milk it for all it’s worth. From “Know Yourself” to the beef, this was the year of The Boy, and he didn’t even have to drop Views. It’s gotten to the point that he can simply dance around like a dork for a few minutes and presidential candidates will imitate him two weeks later on national television. We made it happen. We’re complicit.

But you know what we also made happen? This. “Why You Always Lying” is a real, honest-to God classic meme. Its humor is relevant and universal, a perfect rebuttal to all the fakers, braggadocios, and dishonest fools we encounter on the regular. Its reach is universal enough to inspire imitators in dozens of languages, yet its profanity ensures it won’t end up being parodied on cable TV. It can be distilled into its very essence to such a degree that you can just post Nick Frasier’s grinning face or simply utter a well-placed “MMMOHMYGOD” and you’ll get your point across. This random dude dancing on top of a toilet with an open shirt got his dinky little vid dropped in the club. Top that, Aubrey. – Doug Markowitz

Our year-end coverage continues next week. Read about our favorite songs, EPs and albums of 2015