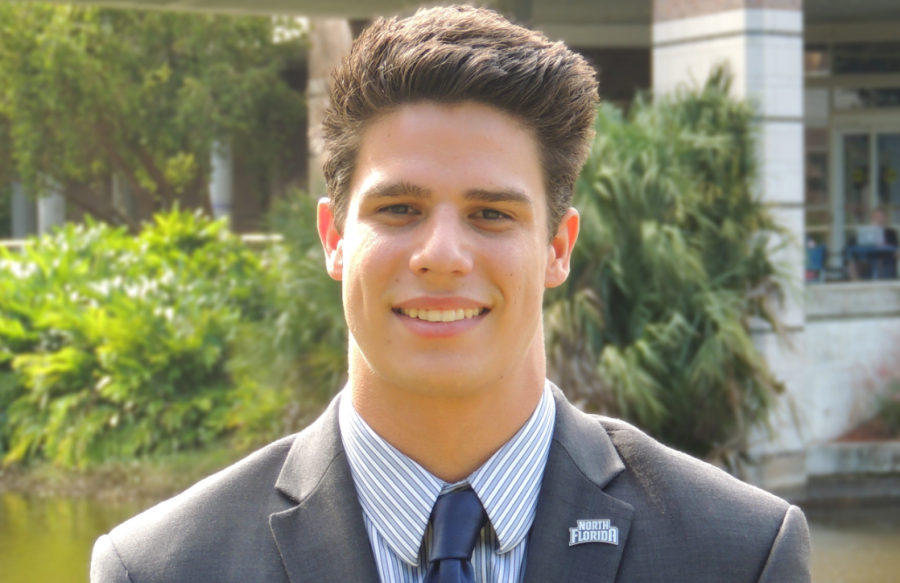 Video has been edited for time and contains the primary interaction between the Officer and Wilson. Before the clip starts, you see Wilson being brought to the scene, and after the clip ends, the officer writes the report. Body cam footage courtesy of UNFPD.

In a statement to the police, the student said Wilson introduced himself to her in the elevator. As he stepped onto the second floor, he was reported saying, “The next time you f**k over one of my friends you better watch out.”

The police report states Wilson couldn’t recall exactly what he said but does not remember using profanity. Wilson stated he has never had previous contact with the female student.

The report states the female student went to the UNF Women’s Center after the interaction with Wilson to report the incident.

Previously, on Oct. 17, the female student reported to the Women’s Center she was the victim of a sexual assault occurring on Sept. 9. According to the police report, she wanted to handle the assault through UNF Student Conduct, and identified the suspect as an acquaintance.

The police report says Wilson is a friend of the alleged sexual assault suspect. Wilson was detained by UNFPD and was mirandized before being interviewed. He confirmed he was on the elevator at the same time as the student, and he admitted telling her “she better watch out.”

Wilson’s interview with UNFPD was captured by the officer’s body camera. When asked about his relationship with the sexual assault suspect Wilson stated, “he is the campaign manager” for the suspect.

Wilson states in the video that the comment to the female student was a warning because sexual assault accusations “can really ruin their social presence and their social status on campus.”

After collecting his information, Wilson was released without charge but advised by UNFPD to have no further interaction with the female student.

Spinnaker reached Wilson via phone, but he did not want to comment on the report.