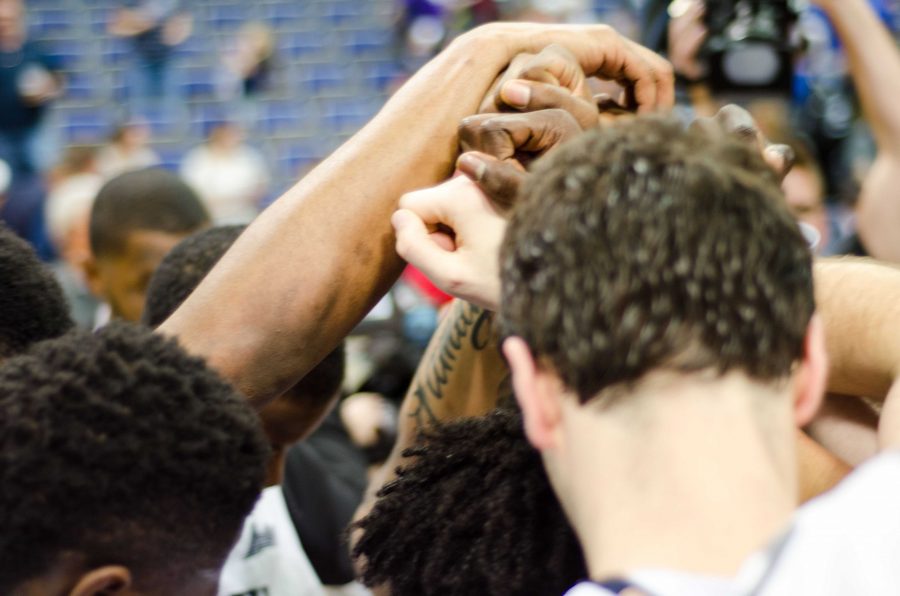 Poor shooting, sloppy defense and lack of rebounds led to the Osprey’s 89-56 defeat against the Florida Gulf Coast Eagles March 3rd at the UNF Arena.

The Ospreys started hot in the first half, taking a nine-point lead with 11:31 left. However, the Eagles found their rhythm and made a run to take a 45-31 lead going into halftime.

“I thought at the 12 minute mark, I really felt that we resorted back to some things that hurt during that slide and part of it was just offense,” Driscoll said. “To their credit, they dominated us in every single facet.”

The Eagles dominated the second half, out-rebounding the Ospreys 28-11, while shooting 58.8 percent from the floor.

Starters Trent Mackey and Nick Malonga had no points, combining to go 0-8 from the field.

This was the largest win over a number one seed in A-Sun history.

“Nobody should come in your home and beat you by 30,” Moore said. “We let our offense dictate our defense as well as not hitting shots.”
With 7:18 remaining in the game, senior forward Demarcus Daniels fouled out with five points, one block and three rebounds.

As Spinnaker previously reported, while the Osprey’s A-Sun Championship aspirations are over, their season is not.

Stetson, who beat Lipscomb 96-75 to advance to the championship, is in the midst of a year-long post-season ban. Should Stetson win Sunday, the Ospreys would replace them in the NCAA March Tournament because of their regular season record. If the Eagles win, the Osprey’s season will continue in the National Invitation Tournament instead.