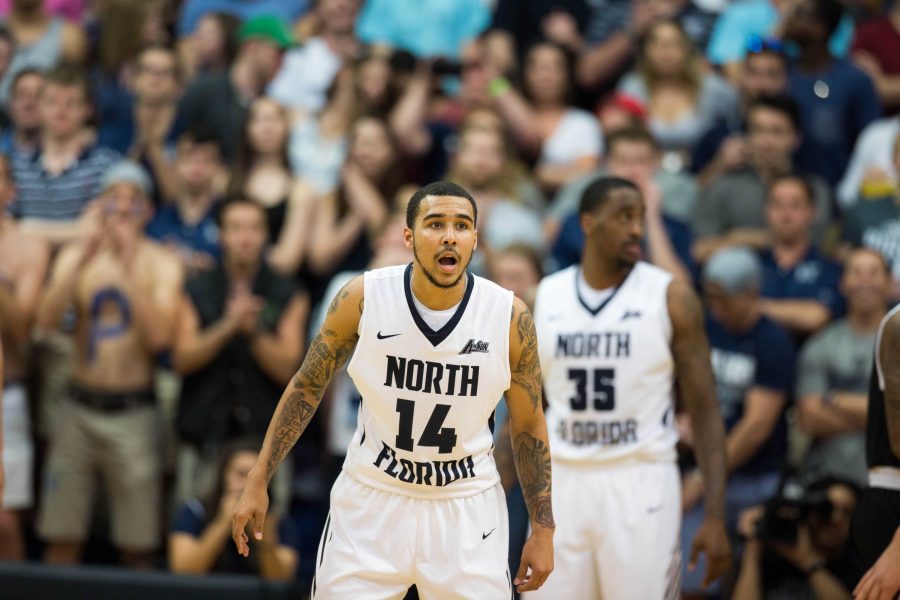 Star point guard Dallas Moore has declared for the NBA draft but will not hire an agent, which will allow him to return to school for his senior year if he changes his mind.

Moore is utilizing a new rule instituted by the NCAA, which allows players without agents to go through draft process and attend the NBA draft combine without losing their eligibility. Moore has until May 25 to withdraw his name or keep it in and continue the process, depending on the evaluations he receives from professional scouts on his draft status.

The Atlantic Sun Player of the Year led the conference in scoring and assists and helped UNF achieve consecutive regular season titles.

With his name in the draft pool, Moore is eligible to to attend scheduled workouts with NBA teams and attend the draft combine May 10-15 if invited.

His teammate, quick-shooting senior Beau Beech, has also made moves for a career at the next level. Beech hired Mike Silverman of the Athlete Management Group to be his professional agent and has received an invitation to the Portsmouth Invitational Tournament in Virginia to showcase his skills.

The NBA draft will be in Brooklyn, New York on June 23.