To do the right thing 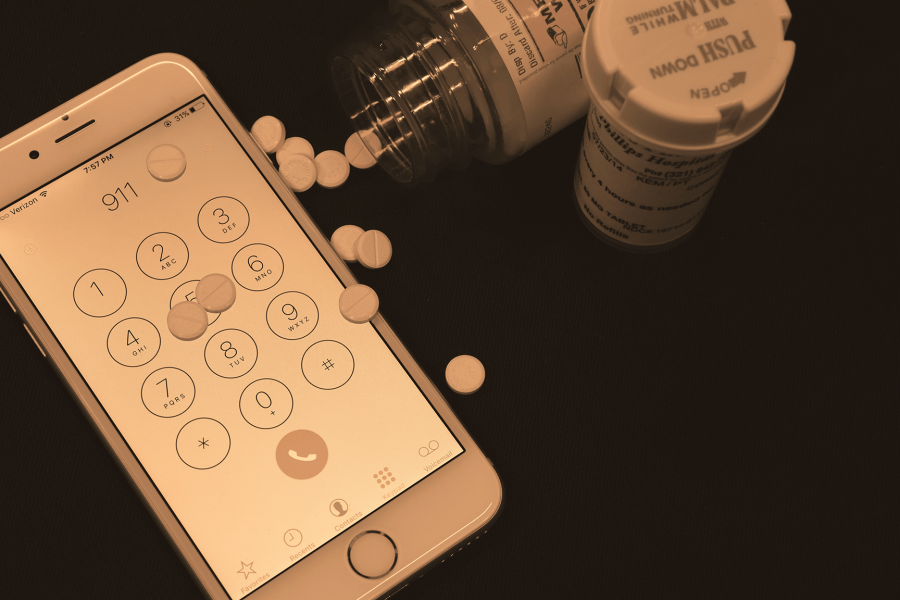 Sometimes, students are faced with tough decisions. But some safety nets in place may help them make the right choice. Photo by Madison Davell.

Doing the right thing isn’t always easy. However, thanks to medical amnesty programs in place at the university and state levels, that student likely won’t face any lasting legal consequences or a student conduct record. Spinnaker explores how these programs work to help students at UNF.

Spinnaker spoke with the victim over the phone about her LSD overdose on Jan. 6. She asked to remain anonymous.

“I was hallucinating,” she said, “and there was one point where I started looping, which is when you repeat or do the same actions multiple times…. [My boyfriend] asked if he should call the police, and I said no.”

However, later in the evening, the victim seemed to change her mind. She said the events of the evening are hard to recall, and at certain points she blacked out.

“There was one point that I thought I was dead, so I just kept telling him to call an ambulance,” she said. “I ran out into the parking lot looking for the police.”

Her boyfriend did call for help. When police arrived, he told them that several hours after taking half a tablet of LSD, the victim began to “flip out,” the arrest report states.

According to the report, he told police the victim wouldn’t respond to her name, saying “[Victim’s name] is not here she is on her way back.”

After the victim was transported, UNFPD officers escorted the boyfriend to his dorm room in Osprey Hall, where he produced a test-tube with “like 2 ½ hits” inside, he told police. He was arrested for possession with intent to sell within 1000 feet of a college or university, a second-degree felony, according to the report.

The charges have since been dropped due to Florida’s medical amnesty laws.

Medical amnesty is a term used to describe immunity given to a person who seeks medical assistance for a drug overdose or underage alcohol consumption.

Florida Statute 893.21(1) states that any person acting in good faith who seeks medical assistance for someone experiencing a drug-related overdose may not be charged, prosecuted or penalized for any drugs found because they sought medical assistance.

In the Jan. 6 incident, the charges were dropped because this is exactly what happened in that case, according to court documents. UNFPD obtained the LSD as a result of the UNF student seeking medical assistance for his girlfriend.

According to UNF Police Chief Frank Mackesy, the student who called for medical assistance was arrested because it is up to the State Attorney’s office to determine whether or not someone qualifies for medical amnesty or should be prosecuted. UNFPD does not determine whether or not crimes are worthy of medical amnesty, explaining why the caller in the recent UNF case was arrested.

While Florida’s medical amnesty law protects people who seek help after a drug overdose, Mackesy cautions students that they don’t know if the medical amnesty act will apply to them.

“I think it can be dangerous if you use drugs and think that there’s a medical amnesty clause [to protect you],” Mackesy said. He said he hasn’t met a student who got caught using drugs and used medical amnesty as an excuse to get out of being charged with a crime.

Pending an investigation, the UNF students involved in the Jan. 6 incident may also be eligible for medical amnesty through the university.

When Assistant Dean of Students and Student Ombudsman Andrea Adams-Manning came to UNF, she noticed that the school didn’t have a safety net in place for students who needed medical help, but were afraid they would get in trouble for asking.

After moving to Florida, Adams-Manning attended a presentation at Jacksonville University about encouraging schools to adopt medical amnesty programs. The woman giving the presentation lost her brother to “a night of consumption that got way too out of hand,” Adams-Manning said. The presenter said because her brother’s friends decided to monitor him themselves, rather than calling for help, her brother died.

“If we could do anything to encourage just one student making the right decision to get help, we wanted to have a program in place to do that,” Adams-Manning said, and the program began at UNF in 2011.

“The big distinction really is someone doing the active seeking of help,” Adams-Manning said. “That person could seek out the front desk of their residence hall, they could call 911, they could call UPD directly, or they can call their RA or RLC. It doesn’t matter who they call, as long as they say hey, I need help, I need my friend checked out.”

Robert Shepherd, a Conduct Officer at UNF, said that students taking matters into their own hands and trying to help friends on their own is always a concern. As UNF’s website about the program states: “letting [a] person ‘sleep it off’ is not a reasonable alternative to getting him/her the necessary medical help.”

The program on campus does not protect students from any judicial action, such as being arrested by UNFPD and charged in a crime. If a situation qualifies, students are exempt from having a student conduct responsibility against them, which could carry penalties up to and including expulsion. A record of a student conduct case would remain on file for five years, potentially affecting students when they go to apply to graduate schools in the future, Adams-Manning said.

“What it does give them amnesty from is the student conduct process. We can’t tell Chief Mackesy not to have his officers arrest someone,” Adams-Manning said.

Further, while students will not have a record, they will go through the same conduct process as anyone else, and likely meet with a drug and alcohol counselor or utilize other campus resources.

Shepherd said that he sees about five to six cases at UNF each year that qualify for medical amnesty. Sometimes, that number goes up to 10.

When asked why students should call for help, despite the consequences, Shepherd’s answer is simple:

Adams-Manning, said that students should call for help “to save a life.”

“The one time you don’t, you’ll regret it,” she said. “That’s ultimately what I got from the presenter at JU is that if she could go back, she would rather have her brother back than anything else.”

As for the victim of the LSD overdose earlier in the semester, she said knowing that UNF and the state of Florida have medical amnesty opportunities for people who report drug overdoses makes her feel a bit better about the situation, which she wishes she could forget. Without a conduct or criminal record to follow her into the future, forgetting may be a bit easier.