Staying put and soaring: Moore returning for senior season while Beech looks ahead 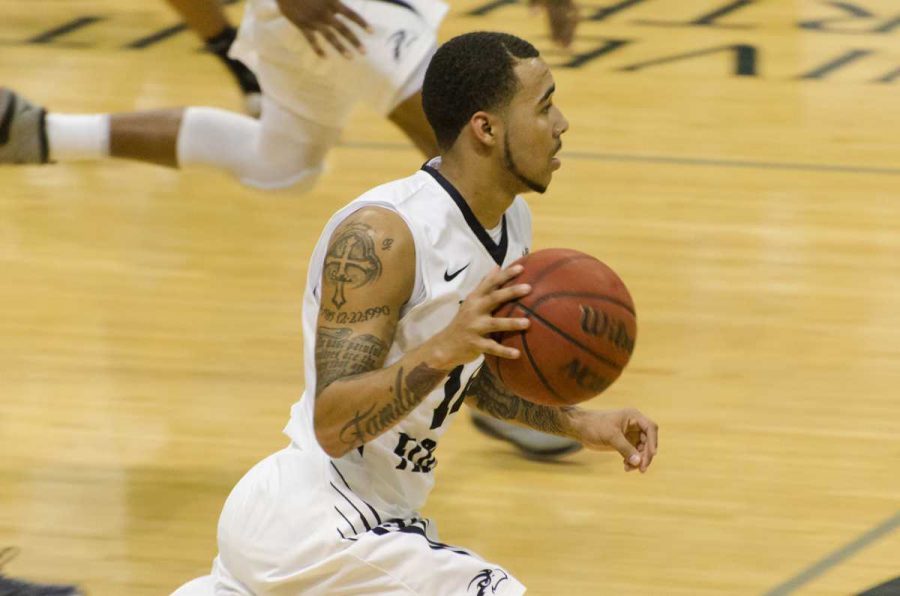 The bird hasn’t flown just yet. No Osprey has ever played in the NBA, and the dream must wait another year for Atlantic Sun Player of the Year Dallas Moore, who pulled his name from the 2016 NBA Draft.

Moore, an AP All-American Honorable mention, declared for the draft in April. He withdrew from the draft Monday, taking advantage of the new NCAA rule that gives underclassmen the opportunity to declare for the draft and be evaluated by NBA scouts without losing their college eligibility. Moore is eligible for the 2016-17 season because he didn’t sign an agent prior to the deadline of May 25.

He’s in no way discouraged though:

Moore’s return is a huge relief for the Ospreys, who are hoping to earn their third consecutive A-Sun regular season championship. He was one of four players in the country to lead their conference in both scoring and assists, averaging 19.8 ppg and 6.1 apg. This season, Moore became the all-time leading scorer in program history (1,625) and recorded 16 20-point games, the most in the league. He logged 36.3 minutes per game and the bore brunt of the offensive weight for the Ospreys.

Moore’s not the only Osprey to eye a professional basketball future. Beau Beech’s four years are up, but the 6’9 small forward landed a private workout with the Brooklyn Nets. He worked out for the Memphis Grizzlies (with Moore) according to a tweet posted May 16. Beech also attended the Portsmouth Invitational, a showcase for the top 64 upperclassmen in the country. He hired an agent and has reportedly received offers to play in Australia. Beech, a two-time Atlantic Sun First Team selection, averaged 15.6 ppg and is the second-leading scorer in program history.

Exciting day for @OspreyMBB as both Beau Beech and Dallas Moore will have private workouts today with @memgrizz …Lets Go!!! #SWOOPLife

The Spinnaker reached out to Beau Beech and head coach Matthew Driscoll and have yet to receive a response. We will update with more information as soon as it becomes available.