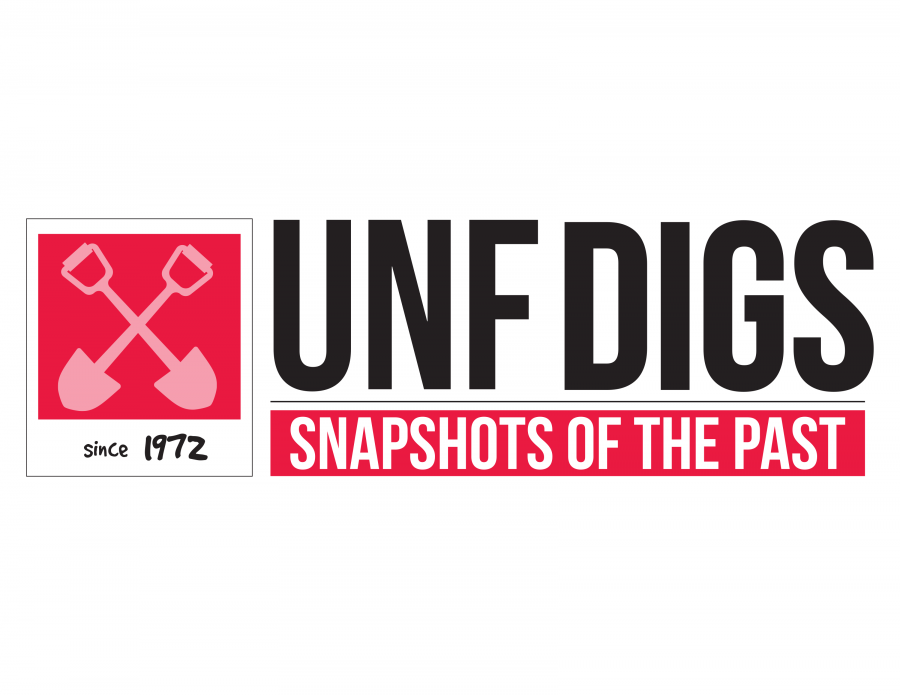 UNF Digs is a weekly column that delves into UNF’s archives to find treasures worth sharing. This column would be more of a snapshot of UNF’s history than an excerpt from a history textbook. But let us do the digging and brush up on your university history with UNF Digs.

This week: Ospreys could have made their nest in Downtown Jacksonville

Like most conflicts since the beginning of time, this one started with land. The price of the land, naturally, influenced the decision of where Jacksonville’s first public university would be.

Mathews then immediately filed a $2,600,000 appropriations bill to build the university and a bill for the planning of facilities and initial staffing. After Governor Claude Kirk vetoed the planning bill four times, Kirk allowed a $225,850 bill to pass in 1968.

Now it was time to pick a spot to break out the shovels and bulldozers. But things got a little hairy for the Site Selection Committee since the Board of Regents (AKA the state) required the university to be constructed on at least 1,000 acres.

On February 3, 1969, the committee purchased undeveloped land in the suburban Southside area, with some of the money being donated by the Skinner family.

Although acquiring the undeveloped was a more fiscally responsible decision, influential and vocal supporters still wanted the university in one of two urban Jacksonville sites (the Hospital Complex in Springfield and McCoy’s Creek.) But what pulled the plug on that possibility was the sky-high costs of buying up urban land versus cheap undeveloped property (big surprise.)

Downtown advocates, particularly African-American community leaders, disapproved of the choice. They believed that having a university in the suburbs was too far from downtown and inaccessible to urban residents.

A final and controversial vote by the City Council decided in favor of the rural Deerwood location, and on September 4, 1969, the BOR accepted the 1,000-acre site in south Jacksonville for the permanent campus.