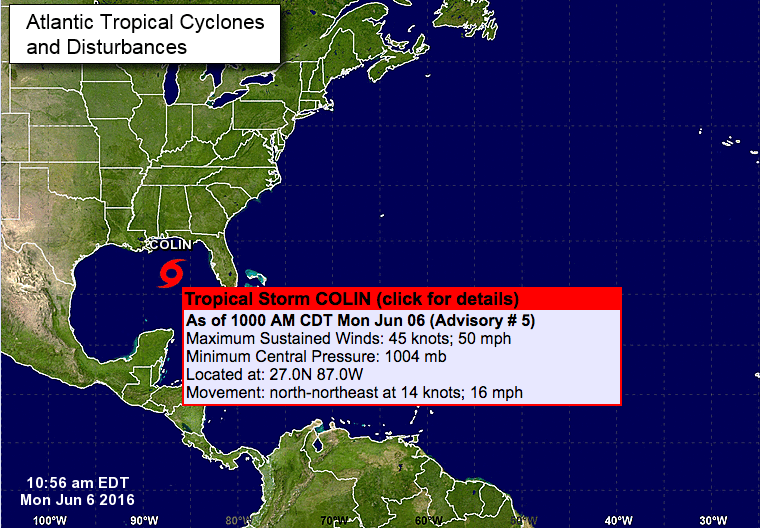 UNF students should stay prepared with food, water and radio access as the storm approaches. Rain and gusty winds have begun on Florida’s west coast according to the National Hurricane Center.

Governor Scott Declares a State of Emergency in Florida in Preparation for Tropical Storm #Colin: https://t.co/d2VQQTrgXd

A message sent out Monday afternoon to students from the UNF Crisis Management Team said classes are expected to proceed as scheduled. Students will be notified via a Special Edition Osprey Update if there are any adjustments to class schedules.

According to Scott, Tropical Storm Colin is expected to make landfall late Monday afternoon, moving towards Northeast Florida. He suggested to monitor the east of the storm, rather than the projected cone path as this is where conditions will be the most severe.

“We’re expecting three to five inches of rain and as much as eight inches [in some counties],” said Scott.

The storm surge is low-tide with rip currents and hail expected.

Storm shelters are ready and the National Guard has been notified according to Scott.