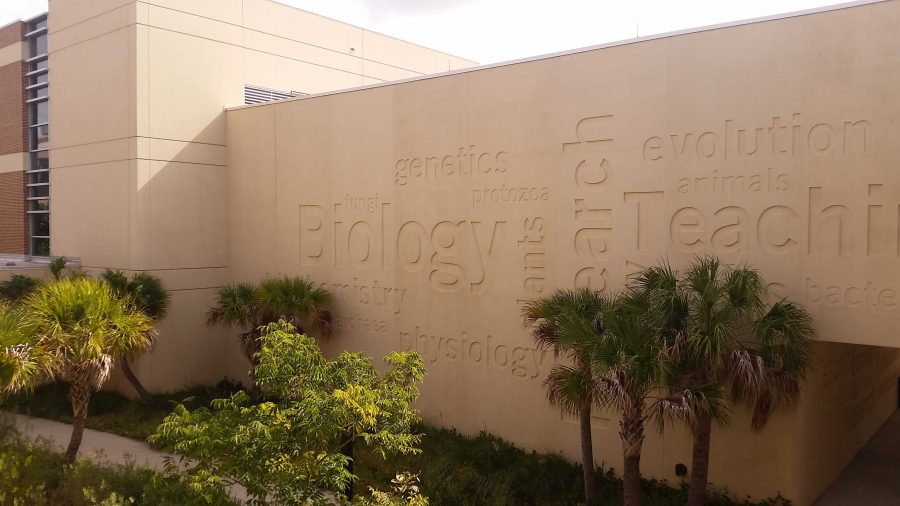 Dr. John Hatle, a professor in the Department of Biology at the University of North Florida was awarded a  grant of $432,525 from the National Institutes of Health to continue research on the biology of aging.

Studying lifespans on complex organisms such as mammals can be a difficult process. This is why Hatle and his students are jumping in a different direction.

While monstrous yellow-orange grasshoppers, known as lubber grasshoppers, are feared by most Floridians, they’ve brought nothing but opportunity for Hatle and his students.

The research aims to discover how animals can regulate their lifespan and will center on one major lifestyle change for grasshoppers: diet restriction.

The goal of Hatle’s research, most of which will be conducted on UNF’s campus, is to determine the effects of dietary restriction on life expectancy in small animals. They’re doing this by reducing calories by 40%.

Hatle said, “Other mechanisms of dietary restriction have been studied a lot, but the effects of the hunger signal has not. The goal is to delve into how the hunger signal contributes to the extension of lifespan.”

Hatle’s research has already been ongoing, but with the help of over $400,000 Hatle and his students now have the ability to get their hands dirty over the next three years.

“The biggest chunk of funds is used to support graduate students who are doing their research,” Hatle continued, “Graduate assistantships come with a partial tuition and fee waiver and this (grant) will cover the rest of that.”

Hatle said he will be seeking out both graduate and undergraduate students to participate in future research.

According to Hatle, this isn’t the first time a professor at UNF has received a grant this large. He said a few faculty members in the chemistry and physics departments have received similar awards in the last two years.