UNF looking for a new Ozzie 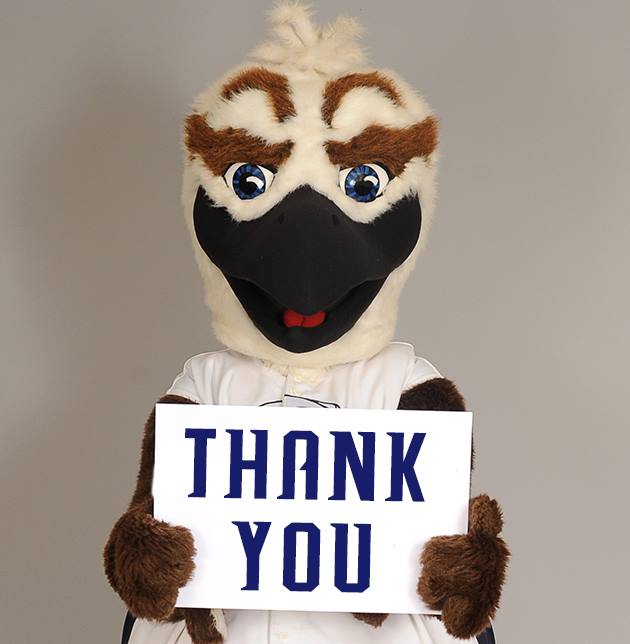 For the past decade, Matt Biegun has stood courtside for nearly every home basketball game, met nearly every student and swooped like its going out of style. But you wouldn’t recognize him. He is Ozzie, and after a nine-year stint as the biggest bird on campus, Biegun has decided to retire and pass the suit to the next generation.

UNF will hold Ozzie tryouts August 31, from 6-8 p.m. in the Arena. Anyone interested can call Lauren Brooks, the Director of Athletic Marketing, at 904-620-5116 or email her at [email protected] to sign up.

UNF is looking for students with high energy and an upbeat attitude, as well as skills in theatrical performance and dancing.

The job is not full-time, but the new Ozzie will be a paid position. 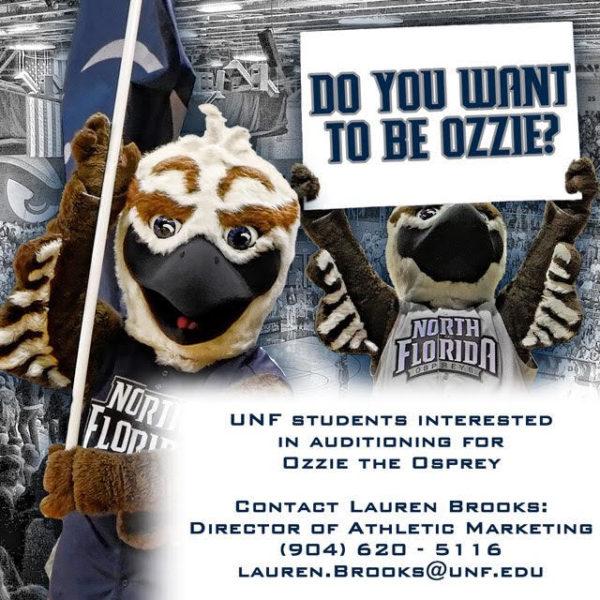