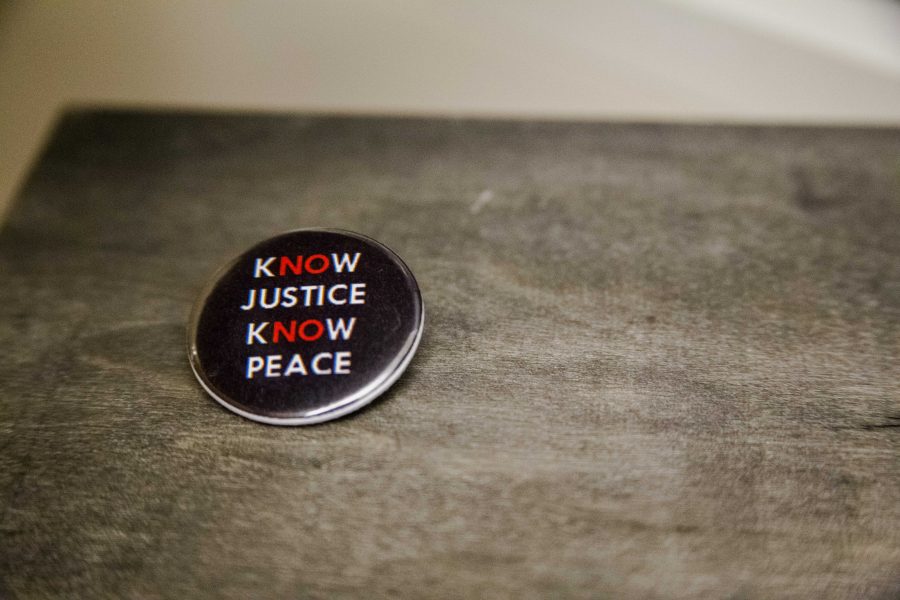 Soul music from singers such as Marvin Gaye poured in from invisible speakers in the Osprey Clubhouse multipurpose room and tables were arranged in a rectangle, creating an amiable atmosphere to begin Wednesday night’s forum.

UNF’s multicultural organizations united to host “Unapologetic,” an open discussion centered around movements and events that continue to stir our nation. The discussion commenced a little after 8 p.m. when the Osprey Clubhouse multipurpose room reached its capacity.

A representative from Housing and Residence explained the safe space rules, then leaders from the UNF multicultural organizations presented the facts of the following cases: the death of Alton Sterling and Philando Castile and the Dallas police shooting.

Spinnaker was not able to record open floor comments on account of safe space guidelines, but we were able to sit in on the discussion. Attendees varied from curious students and faculty to concerned parents and community members.

On campus solutions included educating one another, getting involved in campus organizations, and doing what we can where we are in life. One point all attendees could agree on is that listening to instead of ranting at each other was a nice change.

“It’s good to have that dialogue and hear what other people are saying instead of seeing it typed on social media,” said Rachel Auguste, a senior public health major. “We’ve seen everything that’s been on the news, we’ve ranted, but now what do we do next?”

David Manjarres, a junior international business major and the president of the Latin American Student Organization, agreed and said our community needs to continue to congregate to find a solution.

“The only way where we’re going to be able to solve any different issues that’s going on right now in the world is if we all come together and express each other in a safe and controlled environment, which this event clearly gives,” said Manjarres. “People were able to express themselves freely, and they gained new perspectives that they maybe never thought about before.”

Different races of people attended the forum, but presence and participation don’t have the same meaning. Auguste enjoyed the discussion, but she feels that a voice was missing.

“I wished I heard from the people in the room who happened to be Caucasian,” said Auguste, “because, while I appreciate greatly that they were there, we as the black community — and I’m not speaking for them, but being a part of it — I want to also know what’s going on in their heads so we can be able to create that bridge.”

“A lot was discussed, a lot was learned,” Auguste said, “but if there was to be another meeting again that is something that I feel like should be added.”

These organizations did not have any future forums scheduled as of the night of the forum, but they reminded attendees of Jacksonville’s Black Lives Matter rallies.