UPDATE: Crash at JTB did not involve UNF students 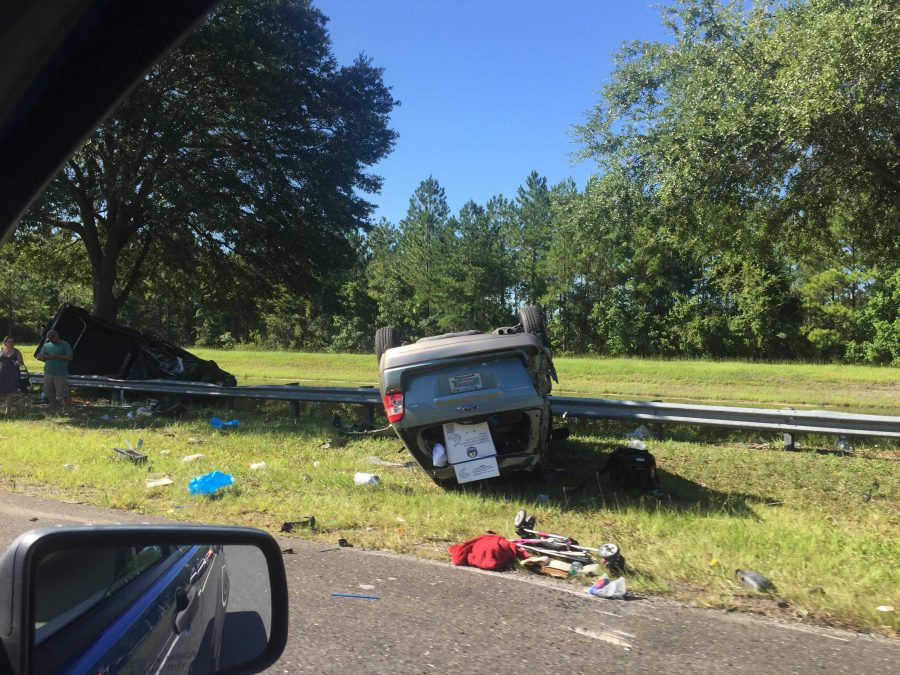 The accident at JTB has reported injuries, according to JTB. Photo by Tiffany Salameh

The crash at eastbound JTB and Kernan Boulevard did not involve UNF students, according to officials at the scene. Additionally, officials said the injuries were not life-threatening.

According to the Florida Highway Patrol (FHP), there were traffic accidents at both northbound I-295 at the UNF exit, and on eastbound J. Turner Butler Boulevard at the Kernan Boulevard exit. Both accidents occurred around 9 a.m. this morning, and there are no reported obstructions at either scene, according to the FHP website.

The accident on JTB has reported injuries, according to FHP. Spinnaker is on the scene at the JTB crash and will update with more information as it becomes available.