Harry Potter and the Cursed Child: ‘A story I will gladly reread’ 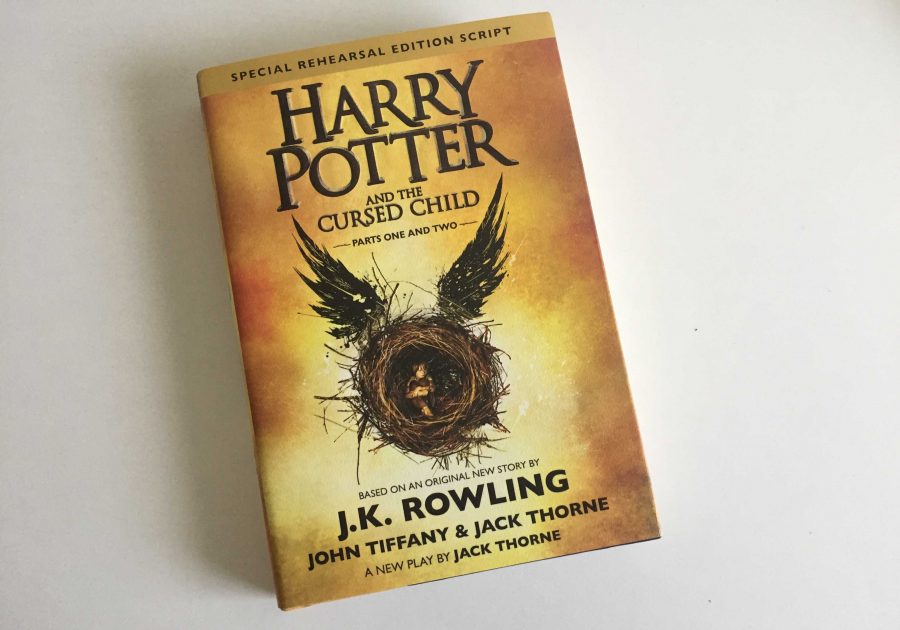 Harry Potter and the Cursed Child picks up where the Deathly Hallows left off. Photo by Cassidy Alexander

Spinnaker previously published a negative review about Harry Potter and the Cursed Child. The following review offers a different perspective of the book.

For nine years I have been waiting alongside the Potterhead community for any glimpse into the mysterious and exciting world of Harry Potter. “Harry Potter and the Cursed Child” was more than even I expected, and I have very high standards for this series. It was captivating and complicated, all while allowing readers to clearly see this amazing world for an eighth time.

It is important to note, however, that “Harry Potter and the Cursed Child” is not a book—it is a rehearsal edition script from the play that was solely released in London on July 30. If fans go into this script knowing this and accepting this, they will find a story that encompasses the readers’ every thought and hold their attention from start to finish.

There were some characters I wished to see more of, such as Hagrid (whom we see briefly in a trip to the past) and Neville, (who we hear mentioned but do not see how he has developed). I know it was not possible to include all of the characters without making the script into a reunion show, but they were missed.

While the first part is mostly dedicated to developing the storyline and catching the audience up, the second half is just as exciting as the final battle in “The Deathly Hallows”—it even starts right where the epilogue begins.

“The Cursed Child” follows the journey of Albus Severus Potter and Scorpius Malfoy as they try to bring Cedric Diggory back to life using a Time Turner. This plan ultimately leads to disaster, as changing even something small in the past can lead to major consequences.

In the end, the original main characters—including Harry, Ron, Hermione, Ginny and Malfoy—have to fight off dark magic a second time. While the reappearance of You-Know-Who is not surprising, considering he was the main villain in the original books, this time Rowling managed to create an entirely unique situation. In true Rowling style, we were holding our breath until we knew it was over.

While this is the main storyline, underneath this are relatable plot points such as Harry’s struggles with parenthood and his coming to terms with the losses so many years ago that weigh on his shoulders.

There are moments in the script that feel rushed, but that is to be expected when the script needs to catch the audience up on 19 years in this world and to develop Albus and Scorpius into characters with worries and fears. Not to mention the main characters of Harry Potter are now adults with new problems to deal with.

“Harry Potter and the Cursed Child” was burdened with expectations so large it was hard for me, an avid Harry Potter fan, to even say what I wanted out of this window into the wizarding world. Even with this pressure, the script answered some of my major questions and gave me a story I will gladly reread alongside the other seven. All that I hope for is a chance to see this play in either a theatre or on the big screen.