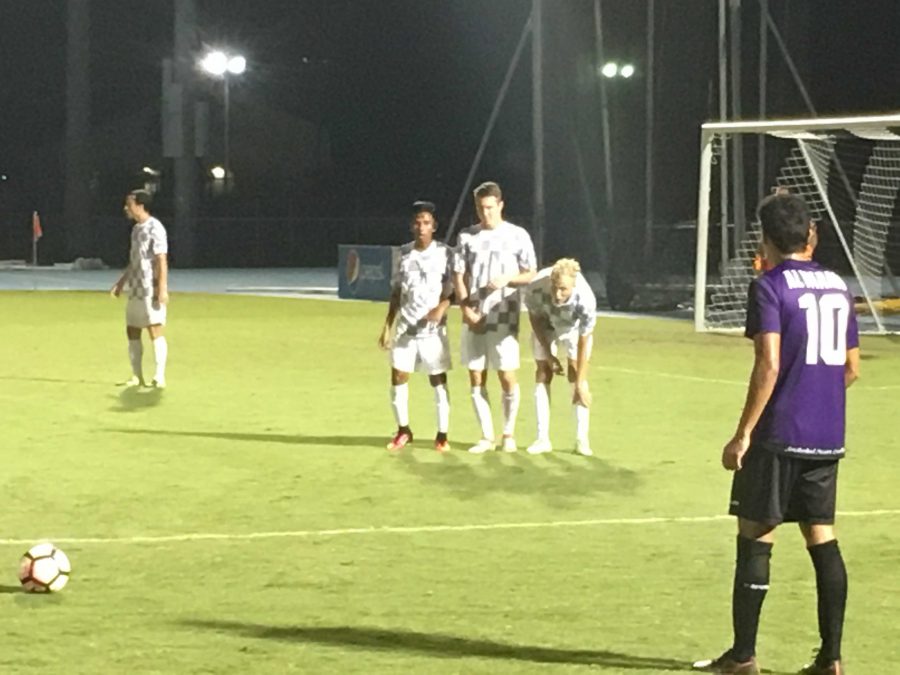 The Ospreys (5-3-1 overall, 1-0 ASUN) came out guns blazing to open up conference play on Saturday evening against the Lipscomb Bisons (5-4-1 overall, 1-2 ASUN) with two early scores that set the tone in a one-sided 3-0 win.

Senior midfielder Andrey Rosales — who hadn’t scored all season — burst onto the scene in a big way after netting two goals in the 5th and 11th minute. Rosales later revealed he had extra motivation to play well.

“I promised my sister I’d score today,” Rosales said. “She’s expecting a baby boy soon…Thank God I could score today for my nephew and my team.”

The explosive stat was made possible by an extremely aggressive offense that hit the ground running to set up assists for both goals. Head Coach Derek Marinatos praised the hot first half performance.

“We came out, we pressured them, we got two well deserved goals,” Marinatos said. “Then in the second half we decided to drop off a little bit and go into a more defensive formation, absorb a little pressure and kill the half off.”

Once the dust settled, the game may have slowed down, but tempers flared. Players on both teams formed two scuffles between the 33rd and 37th minutes and several players from each team got yellow cards.

With 13 minutes left in the game, Lipscomb needed to get in the game and had several opportunities when they were awarded two penalty kicks at minutes 75 and 84. However, UNF senior keeper Juanes Fajardo answered the call and saved both attempts to preserve the Ospreys’ 2-0 lead.

North Florida put the final nail in the coffin when leading scorer Milan Kovacs scored at minute 85 and sealed a decisive 3-0 win over the Bisons.

The Ospreys resume their three-game home stand against NJIT on Oct 8.