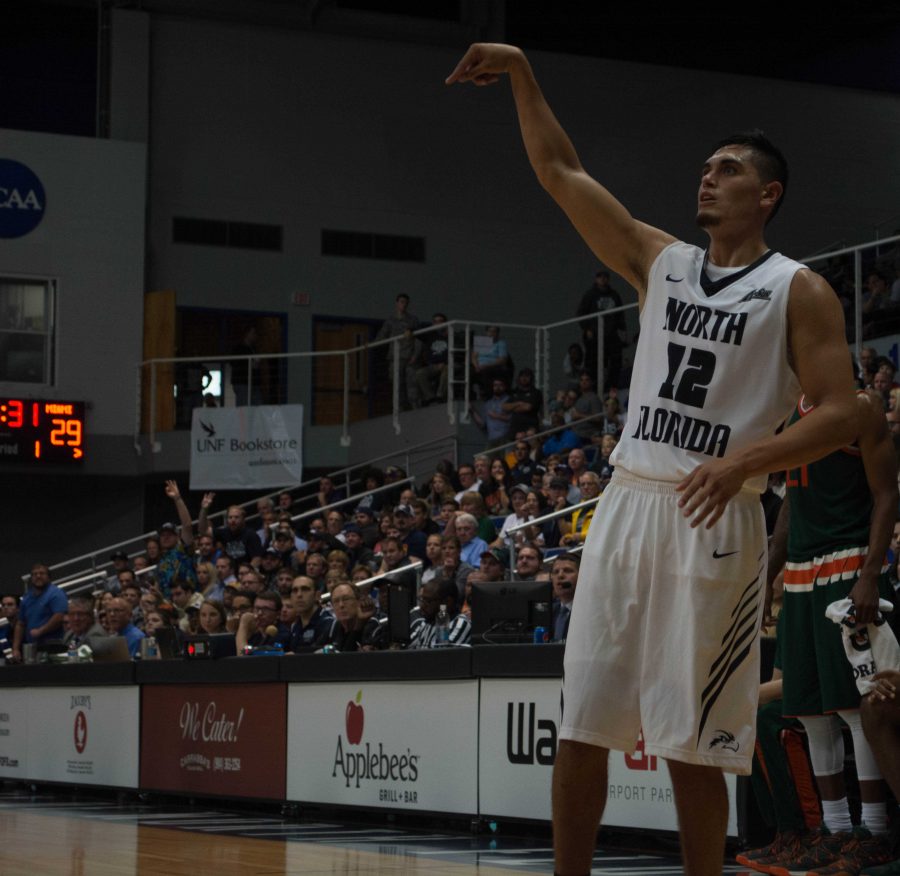 Coming off the 94-56 trouncing at the hands of Miami, North Florida (1-3) had to make a statement.  Though they didn’t win their road trip to LSU (3-0), the Ospreys’ offense stepped up and gave the Tigers a run for their money.

Senior guard Dallas Moore and star center Romelo Banks each had 13 points on the game, but more importantly for the Ospreys’ season, their starters who got shut out against Miami pitched in even more. Redshirt-senior guard Aaron Bodager also had 13 points and senior forward Chris Davenport lead the team with 16 points.

The scoring distribution helped the Ospreys go down to the wire and went into halftime only trailing by one point. North Florida as a whole shot well as a team with 43.9 percent from the field, but the Tigers shot even better.

LSU, led by sophomore guard Antonio Blakeney’s 20 points, were on fire all night shooting 46.8 percent from the field, including a staggering second half where the team shot 48.2 percent (44.4 percent 3-pointers).The efficient shooting would turn out to be the difference and helped LSU outlast the Ospreys 78-70.

Though moral victories count for very little in sports, the close game should lift the Ospreys as they go back home to play the Wright State Invitational against Florida National on Nov 22.