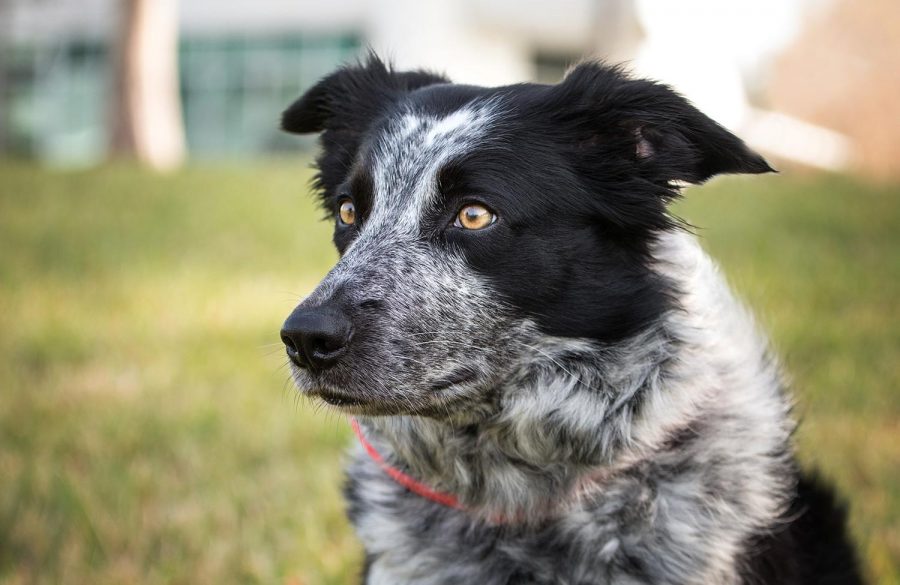 A highly trained Border Collie named Bee has taken up a tedious task on UNF’s campus. She’s part of the Goose Masters program the university has chartered, and has been working hard to scare geese out of campus’ most high-traffic areas.

She’s friendly, good around people, and the best part? Students are allowed to pet her — with permission from her handler — if she’s not busy working. Her job is to keep geese out of the high traffic areas, so she could be anywhere from the lot 18 walkway to the green or surrounding areas of the fine arts building and parking garage.

Charles Hubbuch, assistant director of physical facilities, said the university has been weighing options for goose control for about ten years. In 2005, there were four pairs of geese on campus and, at that point, Hubbuch said some people were already nervous about the potential for them to grow in numbers and cause problems.

“We ran through a few different ideas. There are ways of controlling geese — you can bring in hunters, which was not what the university wanted to do at all,” he said. “We looked at remote controlled vehicles. One was a plane with pontoons and no wings that would run around the green and amphitheater and areas like that, but that wasn’t a very friendly approach as it would be noisy and obtrusive.”

The Border Collies were seen as a warmer, friendlier approach. Bee, like any of the Goose Masters dogs, is trained to respond to her handler’s every command. She looks enough like a natural predator that the geese become fearful, while the students see something with a friendly face and a nice wag to it’s tail.

“She doesn’t have a lot of commands, but she’s very responsive to all of them and obviously a very well-trained dog,” Hubbuch said.

Hubbuch said they began moving quickly once the administration came to agreement about the dog so that they could begin conditioning the geese to stay away prior to nesting season and while students were not around campus. This way, the dog can work efficiently without it effecting the geese’ family units.

“The conditioning has worked very well in a very short amount of time. We’re seeing very few goose droppings around the campus, and there’s no geese nesting in the interior of the campus,” he said.

Bee and her handler are coming in twice a day right now, and her visits vary in length. Once the geese start nesting, they should become more rooted in their new areas and make fewer attempts to come towards the center of campus, meaning that she could make fewer visits.

Goose Masters is currently contracted for one year, and Hubbuch expects this to be an ongoing thing. The number of visits is expected to vary based on season, goose population and other factors that would contribute to the demand for their presence, but that our new friend Bee very well may be here to stay.