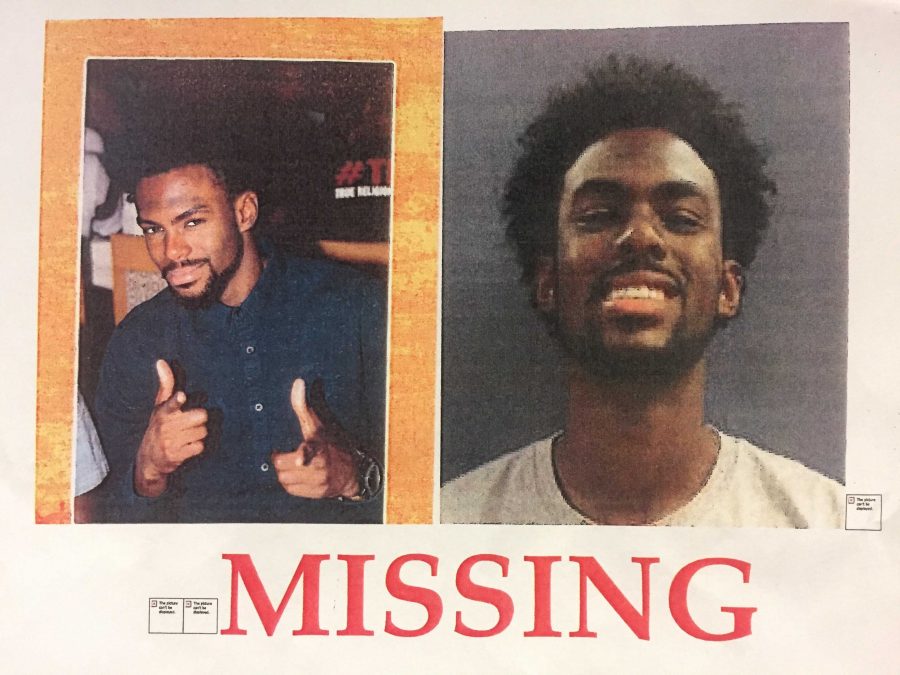 Police Chief Mackesy joined the search party himself, after Louissaint went missing early Sunday morning after attending a party at the Flats — more than 36 hours ago.

“We had no reason to believe that we were going to find anything in the dumpsters, but you can’t not look,” Mackesy said. “We took all the garbage out looking to the bottom.”

Though Mackesy said he didn’t expect to wear a hazmat suit diving into dumpsters at UNF where this kind of search doesn’t typically take place.

Louissaint’s father George Louissaint, Sr. was also searching in the area between the District on Kernan, where his son lives, and the Flats, where the party Louissant was last seen at took place.

“Right now I’m suspecting foul play — either that he was attacked from behind or…I don’t know,” Louissaint Sr. told Spinnaker.

More than anything, Louissaint Sr. says he wants to see his son get home safely.

Markale Ford is Louissaint’s roommate. The two transferred to UNF together from the University of Mobile. He was at the party on Saturday night when Louissaint disappeared.

According to Jaden Durity, another student who attended the party, it was shut down by UNFPD around 1:30 a.m. because they “smelled weed,” though no weed was found at the party. Following the breakup of the party, Durity said that Louissaint had an argument with someone that upset him.

Ford said when the party was ended by UNFPD, Louissaint was fine. Ford left to get food with some other friends, and when he returned Louissaint seemed sad. The two spoke for a while and during Louissaint’s time his sister Jennifer called.

“I could see that something was wrong,” Ford said. “I knew him better than anyone else.”

After the Louissaint hung up the phone, he and Ford were standing near the edge of the woods in the Flats.

“I stepped away for a second, then he was gone.”

Durity said that although there was alcohol, there were no drugs at the party and Louissaint had no reason to run from the police.

“[George Louissaint] is not in any trouble for anything. All we’re concerned about is his well-being right now. There’s no reason to hide. That issue at the party is not on our radar right now. We are trying to find out he’s okay so we can make sure he’s okay and we can give his family some peace of mind,” Mackesy said.