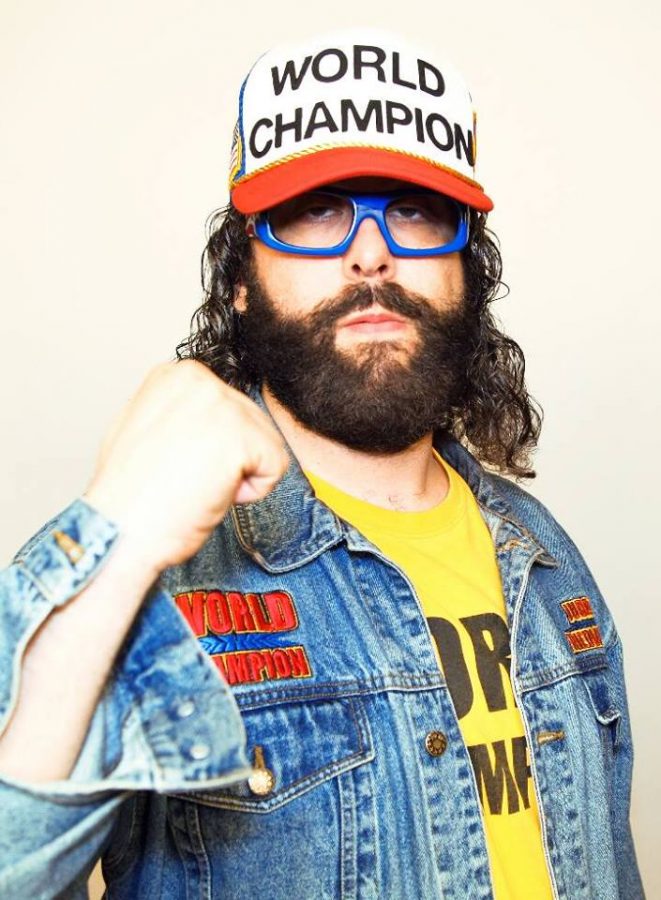 The original headliner for the comedy show was Pete Davidson, but he had to withdraw from the show due to sickness.

The arena was not particularly crowded this year, which is a shame as everyone on stage put on a terrific performance. They told stories about their adventures in Florida, did silly impressions and talked about what they would do as President of the United States.

Streeter, who was up first, commented about how he was too fat to be on stage before segueing into stories about his time in Florida. He told a story about how he saw a truck with a Confederate flag next to an “I’m With Her” bumper sticker.

“Be smarter than me,” he told the audience after explaining a story about how he chewed on a pen causing it to explode into an inky mess.

After talking about how Spaniards created the many ice cream parlors in St. Augustine, he told a story about an old roommate he called “Shady Red” who was red because of his red hair and shady because he drank a bottle of Robitussin. After Shady Red drank the Robitussin, he passed out for two days straight.

“I asked my roommates to do something about Shady Red, so we got the whole dorm to draw dicks all over his face,” Streeter said, as the audience cracked up.

“After he saw the dicks, he decided to beat up a guy he designated as the culprit, Jeff,” said Streeter.

The story ended with Shady Red becoming a District Attorney for New York.

“The moral of the story is, if life’s got you down with dicks all over your face, you can become successful. You can even beat up Jeff if you want,” he finished.

After the audience was done laughing, Streeter introduced the next guest, Alex Moffat.

He entered the stage speaking German. The act went on for about five minutes as he continued speaking German while doing impressions of Christopher Walken, Jack Nicholson and even Shaq. The showcase both confused and delighted the audience.

After doing an impression of an Australian Camp Counselor, he said in a non-German accent, “Ok, I’m done with the German bit,” to which the audience responded with a surprised laugh.

He later entertained the crowd with a story about how a girl wanted to sleep with him, but he was clueless and just wanted to smoke a cigar instead.

“’Only a few people can fully enjoy a cigar to its fullest.’ The girl then says, ‘well that’s how I feel about sex right now.’ Then I said, ‘yeah, but cigars though.’”

Moffat cracked some jokes about how he inherited socks and underwear from his dead parents and continued with a commercial break about a “Human ATM” where an audience member would participate in the skit and Moffat would be the uncooperative ATM.

“If you would like, I will continue as Vince Vaughn,” Moffat said as he was pretending to be an ATM.

After doing a bit called, “Actors who almost know their correct line,” Moffat introduced us to Judah Friedlander.

Judah Friedlander had a unique comedy style that revolved around poking fun at individual audience members as he set them up for his clever comebacks.

“Look at you. You’re wearing a hoodie, shorts and some sandals,” said Friedlander to someone in the crowd. “You must be the most prepared person for at least two seasons this year.”

He also had a Chuck Norris vibe as he portrayed himself as the most amazing person in the entire world.

“I live on a dead-end street because I killed my neighbors, my birthday is every day and I had to move into the city because I burned down the forest,” said Friedlander.

After everybody was thoroughly enjoying his performance, he began a bit where he had the audience ask him about what he would do if he were the President of the United States.

“First thing I would do is invade North Dakota, just to show what we would do to North Korea, and then we invade Switzerland for being neutral all those years,” said Friedlander.  “We would use Swiss Army knives with their tiny scissors to bring on psychological warfare along with physical and fight them with their own weapons,” continued Friedlander.

The audience absolutely loved him. He even did the Osprey Swoop, explaining how it is done.

“First you spread your arms, and then attack,” he exclaimed.

This year, like last year’s and the years before, the Homecoming Comedy Show was easily one of the best events of the UNF Homecoming Week.