Drivers “shook up” after crash on Kernan involving city bus 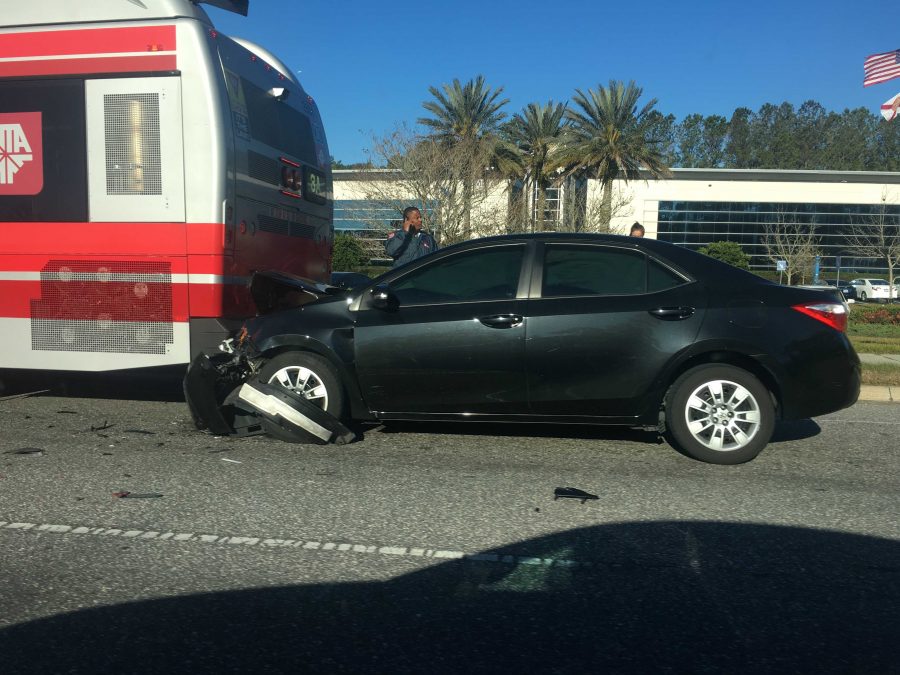 A car slammed into the back of a city bus on Kernan Boulevard in front of Alumni Hall Thursday morning around 9 a.m. There were injuries but no one was transported to the hospital. According to JSO they were pretty “shook up.”

Responding officer John Smith said there were three people in a black Toyota Corolla that hit the bus. Police say the bus was making a stop, and the driver hit the back of the bus. The driver of the Corolla also hit a blue Toyota Yaris before running into the bus, according to the Toyota Yaris driver. Witnesses say there were multiple airbags deflated.

The drivers of both cars were UNF students. At the time of publication, it was unclear if the driver of the Corolla would be found at fault for the accident.

All lanes on Kernan Boulevard are open.