Communication professor finds solace in new book: “The Place of Peace and Crickets” 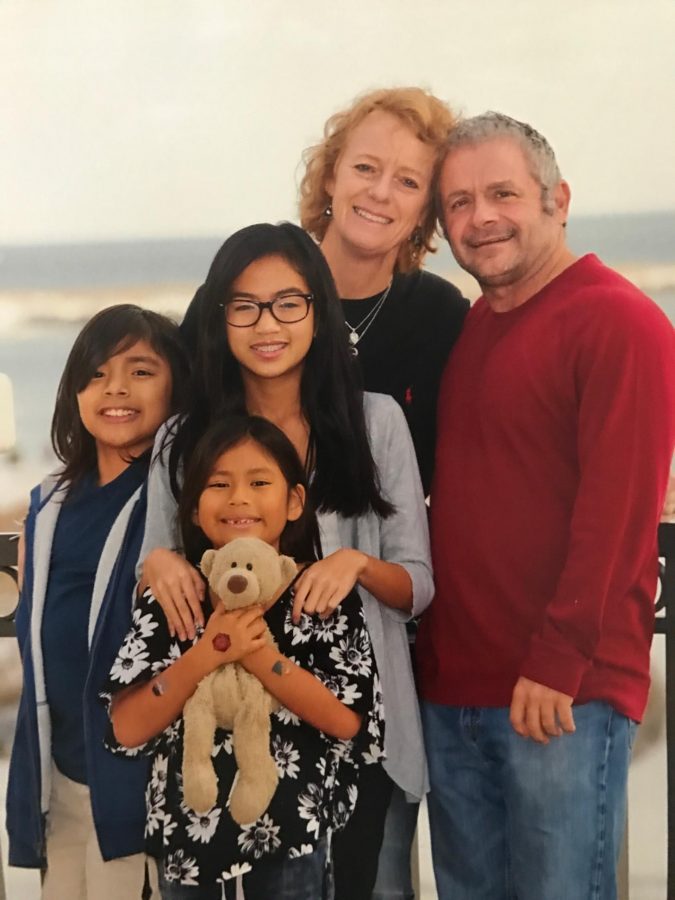 From the streets of New Orleans to the sunsets in Florida, author and UNF communication professor Tricia Booker has grown stronger and stronger every day.

After trying to conceive a child numerous times, Booker accepted the position she was in and made the best of her situation. She now has three beautiful adopted children, Scout, Nico and Neale, whom she loves more than ever. Booker does not think it is a huge ordeal that she can not have biological children. She never thought it was something she was missing, for her adopted kids are still her own.

Spinnaker: Can you give a quick description of your book?

Tricia Booker: I’d say you could easily describe it in two parts. The first part is about my husband and I struggling to try and have a family biologically. It didn’t work out, and we decided to adopt. It’s our journey to our three children from Vietnam and Guatemala. The second part is about a problem that we found with our son that took us nine years to diagnose. He has anxious attachment disorder which is directly related to his adoption. So part two of the book is our struggle to find a happy life balance to help him be the best that he can be.

Is that what made you want to write a book or was there something else that made you do it?

TB: No, I wrote the book because I’m a writer. Eight years ago I started a blog and the blog was about my life, parenting, current events and a little bit of everything. The blog was good and I got a lot of followers and mild success with it. I had a publisher approach me and asked if I ever thought about putting it into a book. And I said I have, but I just never had a reason to.  She said well I think you should and if you do I want to see it first.

TB: I think about things for a long time before I write them. I’m a very fast writer but that doesn’t mean I just sit down and it all comes to me. Sometimes days, sometimes weeks. So by the time I sit down to write it, I’m very quick. I can’t write with a lot of noise around. I’ll get up and walk around or I’ll go for a walk, let it percolate and then write some more.

As a parent what did it feel like finding out your son had separation problems?

TB: It was a relief because we had been struggling for so long to figure out what was wrong with him. To have a diagnoses and to have a map to follow to help him was miraculous. For the first six months after his diagnosis, we changed our parenting 360 degrees, when we changed our parenting he became a different child. My husband and I would look at each other at the end of each day and say it’s a miracle.

How did you pick the title of your book?

TB: That’s a passage from the book. My son, who is very imaginative and gentle soul, he came into the kitchen one day and said, ‘Would you like to visit the place of peace and crickets?’” I told him sure and he took my hand and led me outside. He set up all these stations and one of them was the place of crickets where he would just sit there and listen to the crickets. Another station was the place of peace where he had drawn a peace sign, so we just sat there in peace.

What was the biggest learning moment you had while adopting and writing a book?

TB: The biggest lesson that I’ve learned is that life is what it is and people are who they are. I remember at one point we were trying to get Nico some help in school and the counselor told me you don’t want him to have an individual education plan because you don’t want him to be labeled. I said you are the one doing the labeling. My son is who he is.

Booker will have a reading at the UNF Bookstore on March 29 at 4 p.m. Her book is available for purchase on Amazon and paperback March 18.