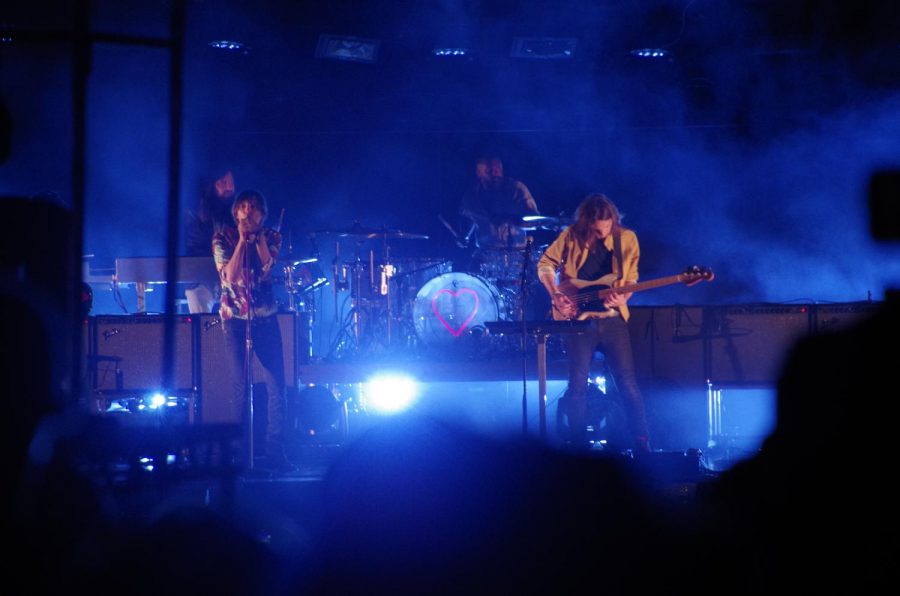 Sunday was the end of our Shaky Knees adventure, but absolutely a day that all festival goers will never forget. The fest ended with sensational performances all day from bands like Third Eye Blind, The Shins and Phoenix, in which any could have been the headliner. Day three of Shaky Knees started bright and early (in the afternoon) with yet another great performance by Cloud Nothings. We previously reported on their Shaky Knees Late Night show, and Sunday they gave their actual festival set.

Although both sets were spot-on, their festival performance was just a little better than the Late Night. The setlist was pretty much the same, but this time they played a Cloud Nothings classic – “Fall In”, from their third album Attack on Memory (2012). I felt like an excited school girl when they played the song, but I was shocked to look around and see no one I could jam with when I looked. Although it was a good turnout, It seemed as though their real fans missed the memo they were coming to town, or didn’t want to pay $99 for a Sunday pass since none of the other bands at the festival similar to them played that day at all. What a shame! They are a good, quality emo-punk band that I think anyone can listen easy to. Kudos to the band for a great sounding performance at such an odd time during the day (1:15 p.m.), and an odd time during the night (1:20 a.m. on Friday). Vocalist Dylan Baldi said on stage Sunday, “Thank you, I don’t think I would have even come at this time.”- Rachel Cazares

This was a band that I was not expecting to enjoy as much. Don’t get me wrong, their hits like “Semi-Charmed Life,” “Jumper,” and “Never Let You Go” are great tunes that are catchy as heck. I just didn’t have a lot of expectations when seeing them live. Third Eye Blind is definitely a band that evokes the nostalgia of 90’s San Francisco alt-rock, and their performance at Shaky Knees hit their fans (and even me) with the feels. They opened with frontman Stephan Jenkins giving the audience a speech about love and life. “All we have is right now!” Jenkins exclaimed. It was unexpected and oddly inspiring. The setlist included performances of their major hits “Semi-Charmed Life’ which is their most popular tune (along with “Jumper”), but also deep cuts like “Motorcycle Driveby,” which was a track that stood out most to me. It was emotional and well-performed. Overall, Third-Eye Blind still has it. Their performance was one to remember.-Jesse Raymer

Ah, The Shins. This is a group that I have adored since middle school, and I was so excited to have the opportunity to see them live. I shuffled my way to the very front of the crowd to see them perform, waited in the scalding sun, but it was worth it. They opened with their iconic track “Caring is Creepy” off their 2001 record Oh, Inverted World. Their stage setup was gorgeous, adorned with flowers and a colorful backdrop. Their setlist was rich with tracks from all of their records. Standouts included performances of “Simple Song,” “Australia,” a cover of Tom Petty’s “American Girl” and the closing performance of “Sleeping Lessons.” All in all, The Shins were fantastic. The band seemed to really enjoy what they were doing, and it was so inspiring to see.-JR

Phoenix was the final act of the night, and with a lot of anticipation attached to their set, they did not disappoint. They had some technical difficulties at the beginning, their LED floor refused to work. Their elaborate setup was only icing on the cake of their amazing set. After thirty minutes of waiting, Phoenix ran onto the stage. They opened with their track “Ti Amo” off of their new recording coming out this Summer of the same name. Their set was spectacular, I had a front seat to the flashing lights and booming bass. It felt like a thunderstorm of color, every flash of neon light and crash of bass sucked you in more into the performance. Highlights included their performances of “J-Boy,” “Lasso,” “Girlfriend,” “If I Ever Get Better,” and their encore and most popular track, “1901.” Overall, Phoenix was spectacular. Their energy was matched by their talent, and frontman Thomas Mars threw himself at the audience. Their set included brand new and old tracks that were exciting and fresh.-JR

A sad day in festival land, is always the last day. Sunday was that day at Shaky Knees, but festival goers made the best of it. Walking around we could hear fans saying goodbye to friends they made while there, the largest turnout of the weekend, and fans taking advantage of the beer tent to make leaving hurt that much less.