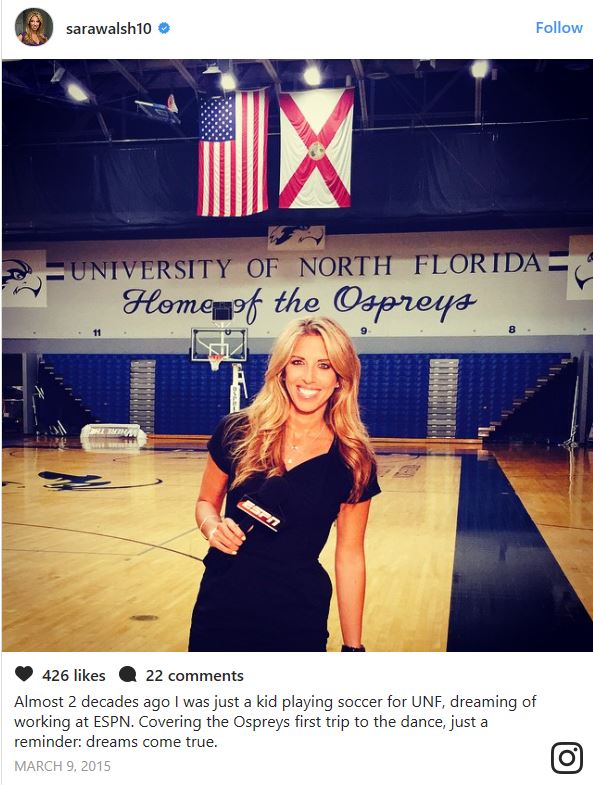 ESPN laid off UNF alumna Sara Walsh the day she was set to return from maternity leave, after giving birth to twins.

On May 4 Walsh posted this picture to her Twitter.

The UNF graduate majored in broadcast media, and was a four-year starter on the soccer team. She scored a school record nine goals in a single game. During the 1996 season Walsh netted 10 goals in a single season.

The multi-Emmy award-winner joined ESPN in 2010 after working multiple sports jobs on the East Coast. Walsh wasn’t the only person laid off, a slew of other ESPN “talents” were also let go.

ESPN President John Skipper said in a memo sent to all employees, which has since been posted online, detailing the reason for the layoff.

“Today, we are again focused on a strategic vision that will propel our vast array of networks and services forward…dynamic change demands an increased focus on versatility…we will implement changes in our talent lineup,” said Skipper.