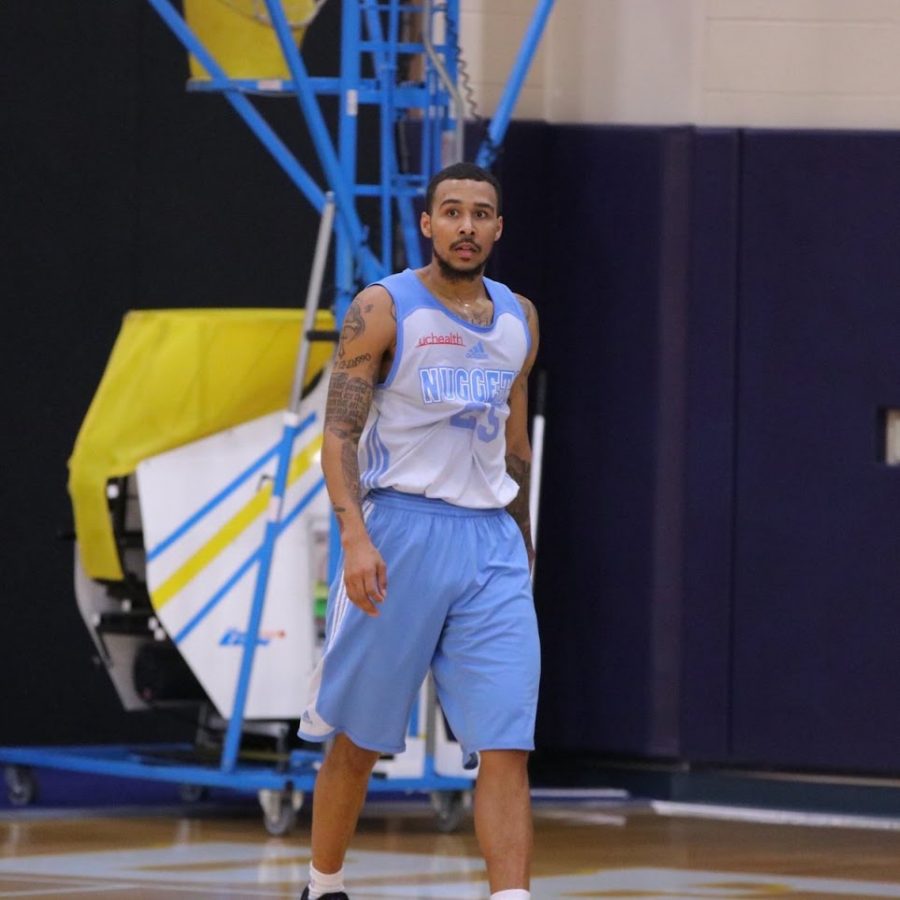 Moore worked out with the Nuggets earlier this year. Courtesy of Dallas Moore

The Denver Nuggets have selected former UNF star Dallas Moore to be a part of their summer league program in Las Vegas.

The tournament-style competition starts on Friday, July 7 and ends on Monday, July 17. There will be a total of 67 games in Las Vegas. This year has 24 teams participating with three preliminary games starting July 7 to July 11.

With an impressive performance in summer league play, Moore has the chance to move farther into the league, or even into the Nuggets’ official roster, through either a preseason camp or with a development team.

Every team has at least five games to compete in during the tournament.

Moore worked out with the Nuggets earlier this summer in preparation for the draft but he still went undrafted last week.

Here are the preliminary games for the Denver Nuggets in Las Vegas:

The remaining games will determined on seeding and the game’s final outcome.