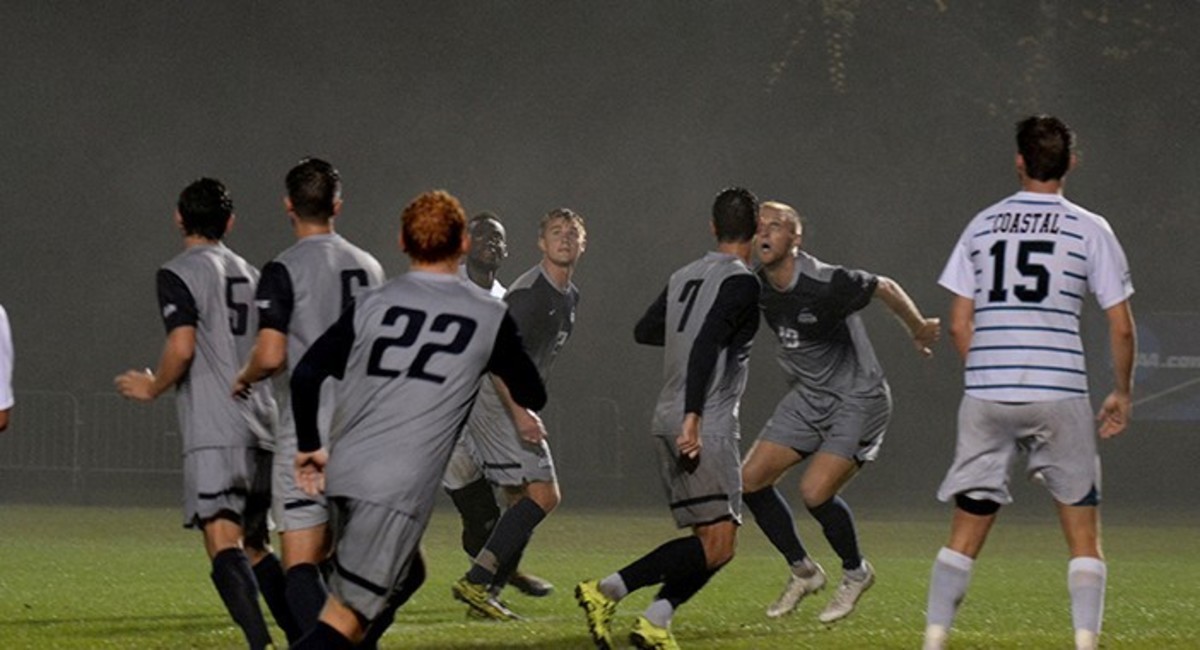 The fall sports schedules have been released over the summer and show who and where the Ospreys will be playing this season. Here is an overview of the upcoming season and some games to watch for.

To start the season, the Ospreys will head to Lawrence, Kan. to have select swimmers participate in the CSCAA Collegiate Open Water Championship on Sept. 16.

“Our schedule is going to be very competitive this season,” coach Ian Coffey said.

A match to lookout for will be on Oct. 21, where the Ospreys will battle FGCU and Campbell University. This match will be the Ospreys’ Senior Day.

“We are swimming teams from the CCSA, SEC, Conference USA and the ACC. Every meet is going to be a test to how fast we can swim when we get to the conference championships,” said Coffey.

Cross Country will kick off their season with the UNF XC Invitational on Sept 9. After that they will compete in two more competitions including the Mountain Dew Invitational and the Crimson Classic.

“We are excited for the 2017 cross country season,” said head coach Jeff Pigg. “This schedule blends perfectly with our training plan that we will be utilizing throughout the season.

The men’s team will be defending their conference title this season, and the women’s team hopes to continue its streak of finishing in the top three.

The ASUN Championship will be held on Oct. 28 in Kennesaw, Ga. Shortly after conference play, UNF will return to Tuscaloosa, Ala. on Nov. 10 for the NCAA South Regional.

Going into the season, the Ospreys have high hopes of defending their back-to-back ASUN Conference Title.

“We are looking forward to playing a very competitive schedule from start to finish,” said head coach Joanne Berglund.

During the fall season the Ospreys will compete in four events including the Idle Hour Collegiate Championship on Oct. 30-31.

After competing in three more tournaments, the Ospreys will compete in the ASUN Championship April 15-17.

“We believe challenging ourselves week in and week out will prepare us to defend our ASUN Conference championship,” said Berglund.

The Ospreys’ regular season schedule contains ten tournaments spanning all across Florida and even other states like Indiana, Georgia and South Carolina.

“We have changed a few events for this coming year,” said head coach Scott Schroeder. “Our schedule should again rank in the Top 30 in the country for difficulty, allowing the guys to see how good they really are.”

This season will start off in Rocky Face, Ga. where the Ospreys will battle in the Carpet Capital Collegiate from Sept. 8-10.

The Ospreys will have a tournament of their own in 2018 with the Pablo Creek Collegiate Cup on Jan. 29.

A major highlight of this upcoming season will be the Sea Best Invitational where the Ospreys will get to battle crosstown rivals the JU Dolphins on Feb. 5.

To close out the season, the ASUN Championship will be held from April 15-17.

The Indoor Volleyball team will start their season at the Gamecock Invitational where they will face Troy, Mercer and South Carolina.

The Ospreys will stay on the road for the first three weeks of their season playing only one home game, against Savannah State, during the time period.

ASUN play for the Ospreys will run through the end of September before the start of the ASUN tournament.

“Our conference has gotten tougher every year and is becoming more respected throughout the country,” said Loeswick. “ We can’t wait to represent our conference and compete for a chance for postseason play.”

The 2016 back-to-back ASUN regular season champions are up for a tough slate for the 2017 season.

“The 2017 non-conference slate is very similar, if not tougher, than last year’s. Our goal coming into 2017 is to defend our regular season ASUN Championship and reclaim the ASUN Conference Tournament Championship,” said head coach Derek Marinatos.

The Ospreys will have to face multiple teams who made it to the NCAA tournament last season including Mercer Aug. 17, South Carolina on Sept. 5, Clemson on Sept. 12 and FGCU Sept. 30.

The River City Rumble against the Ospreys crosstown rivals the JU Dolphins will take place on Oct. 25.

After competing in two exhibition games, the Ospreys will start the season against Elon on Aug. 18.

“We are excited for the fall season and feel this schedule will prepare us for our competitive conference schedule,” said coach Robin Confer.

Playing a total of four regular season games in the month of August, the Ospreys will play eight more games in September. The highlight game of that month will be the River City Rumble. This match will be played at JU on Sept. 23.

The River City Rumble will also kickoff ASUN play for the Ospreys as they finish the season playing seven ASUN teams in a row.

“I know our staff can’t wait until August and everyone is looking forward to an exciting 2017 season,” said Confer.