UNF through the years: student population and housing 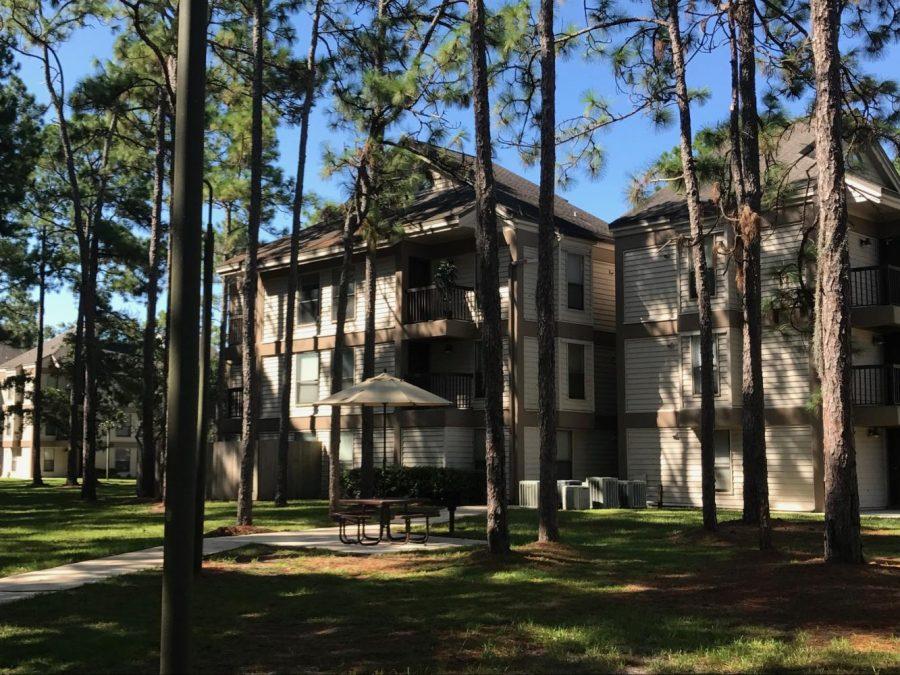 UNF is growing, and as the increasing student body prepares for the challenges of the real world, the school races to meet every student’s needs. Since UNF’s establishment, there have been numerous changes made for the school to flourish. This need for change has not gone away.

We examined the history of UNF’s population, new housing rules and The Flats.

UNF, a school which started off as a college for upperclassmen in 1972, began with just 2,027 juniors and a little more than 260 faculty and staff members. The school’s first graduation ceremony, in 1973, issued diplomas to only 35 students. UNF didn’t begin accepting freshman until 1984, and enrollment didn’t exceed 10,000 students until 1995.

Now, according to UNF’s Public Relations Director Joanna Norris, there are approximately 14,600 undergrad students and a little over 2,000 graduate students. The student-to-faculty ratio is 19 to 1.

This fall, UNF made a few changes in housing rules.

Freshmen are no longer required to live on campus. However, UNF still encourages new students to live on

campus to stay close to educational tools. The library, classes and professors are just a short walk away and being near other students can be helpful. Students living on campus are more likely to experience all aspects of university life, like getting involved in clubs and Greek life.

Also, each dorm now houses a maximum of two people. There are no longer dorms for groups of three.

In October 2014, UNF purchased The Flats, adding more than 400 new housing slots for students. According to Bob Boyle, director of the Department of Housing and Residence Life, the Flats met its capacity this year and 473 students live there. This time last year, the capacity was at 99.5 percent. Boyle said the end of the freshman housing requirement has had no effect on the number of students living in the Flats.

“The demand for apartment space at The Flats at UNF has been high, and going into the early part of the summer, a vast majority of space had been assigned,” Boyle said.