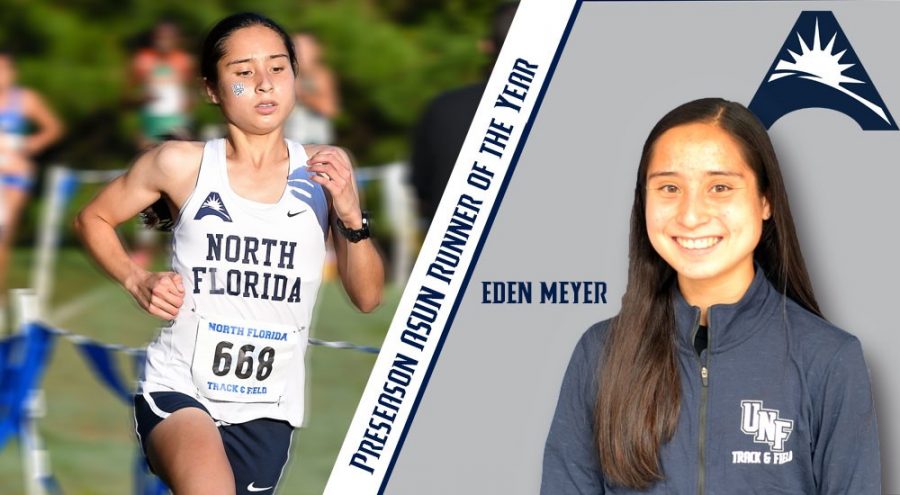 While the sports season is starting to pick back up there have been a few Ospreys who have gained recognition for their athletics abilities.

Senior runner Eden Meyer was named the 2017 ASUN Conference Women’s Cross Country Preseason Runner of the Year after being selected unanimously by the ASUN coaches.

“Eden has worked very hard to continue being the best she can be,” said head coach Jeff Pigg. “She ran so well in the 10,000m last spring, so it will be fun to see her back on the cross country course this fall.”

Meyer holds the second-fastest time in conference championship history with 16:58.53, the time she finished with last season.

Morken is the defending ASUN Championship Medalist with his first place finish in the 8K with a time of 25:00.48.

“While he is the the defending individual conference champion, I know his main goal is for the team to do well. Nick will take care of his duties and work to make the people around him better,” said Pigg.

The Preseason ASUN Men’s Cross Country Coaches Poll was also released along with the Preseason Runner of the Year, and the Ospreys was ranked second.

The Ospreys defeated Lipscomb, the three-time ASUN Champions, but were ranked one slot below them.