After the storm: Irma’s damage around UNF 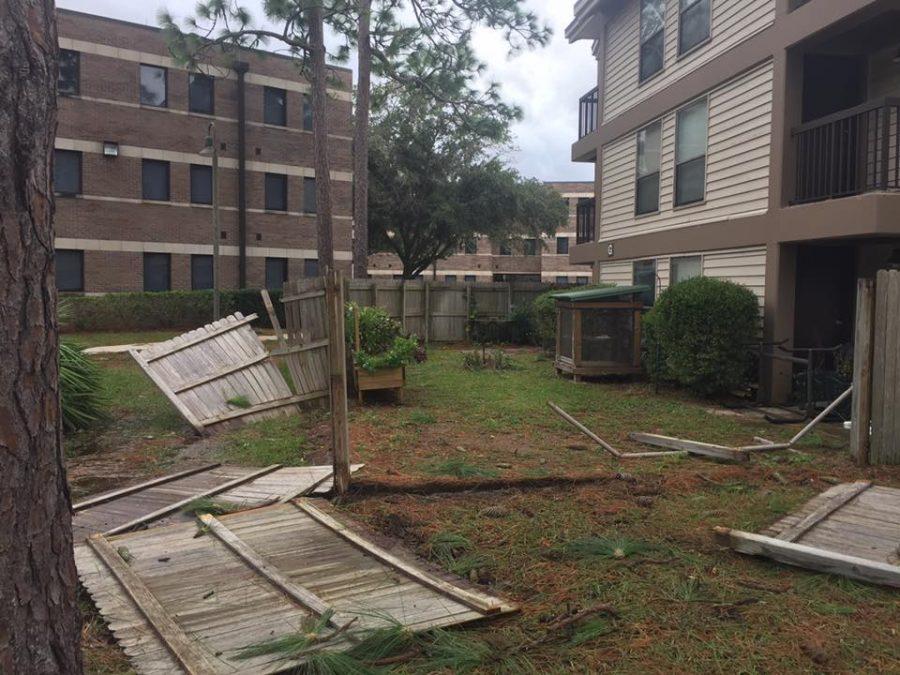 Fences were knocked down during Irma. Photo by Pierce Turner

Hurricane Irma has come and gone, leaving behind a mess in its path. The hurricane hit Florida starting Sunday, Sept. 9, but Jacksonville did not feel its effects until early Monday morning.

Approximately 149,000 people were without power in Duval county due to Irma, and even the Fountains lost power for a short time during the storm, according to the Jacksonville Sheriff’s Office. Several areas in Jacksonville were flooded, including Hemming Park and downtown Jacksonville.

Irma was initially a Category 5 hurricane, and the strongest hurricane the National Hurricane Center has ever recorded in the Atlantic with a maximum of 185 mph winds.

The hurricane weakened to a Category 4 prior to making landfall in Miami. By the time it reached Jacksonville, Irma was only a Category 2. However, the subsequent storm surged reached Category 3 levels.