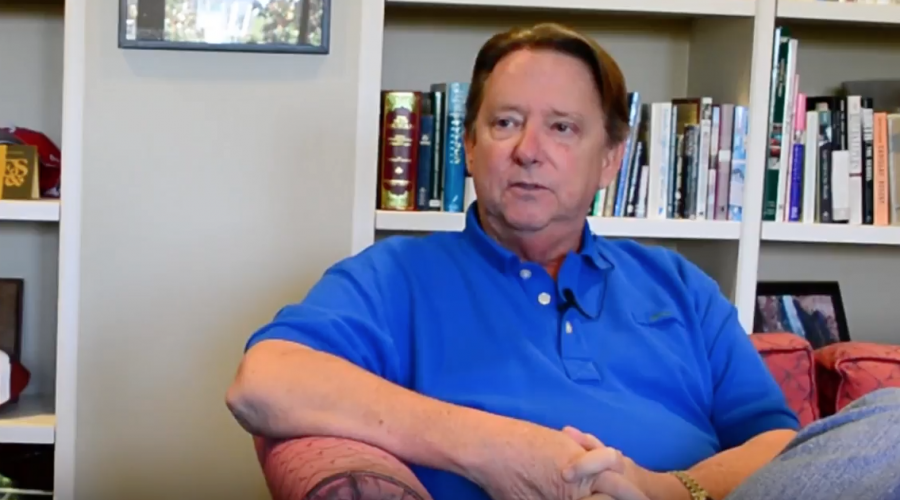 UNF President John Delaney responded to a Snapchat video of alleged students jumping around making monkey noises with a caption “What actually went on at the BML rally.”

Delaney stated the university will conduct a “full and fair”  investigation of the video. But even if there is consequences for the alleged students, the public may not know.

“UNF has a Code of Student Conduct, and if we determine the Code was violated, the University will take responsible and appropriate action,”  Delaney said. “As the investigation continues, it’s important to note that under federal privacy laws, the University may be constrained in what it can reveal publicly.”

Yesterday a racially offensive video surfaced around the same time the Students for a Democratic Society held their Black Lives Matter “Take a Knee” rally. In the video alleged students are seen jumping around and making primate noises, with a caption reading “What actually went on at the BML rally.”

“If it is determined that they violated the student conduct code then we will act appropriately,” Delaney said.

Delaney stated that the university can not pre-judge, but he understands that this video may be offensive.

“We can’t really pre-judge, but it’s easy enough to say that many people would be hurt if not offended by that video. If it is displayed in the context in which it appears it be displayed in, a response to the Black Lives Matter rally, but we don’t know yet,” Delaney said.

The president has also responded to “several dozen emails expressing concerns” over the video and individuals not feeling safe at UNF.

“It is a big important thing to me personally and to the university that all students feel comfortable here,” Delaney said. “Please don’t judge the university based on two or three people.”

There are multiple resources on campus to help students affected by the event.  Department of Diversity Initiatives, Counseling Center and the Commission on Diversity and Inclusion are all available to help students during this time.

__
For more information or news tips, or if you see an error in this story or have any compliments or concerns, contact [email protected].