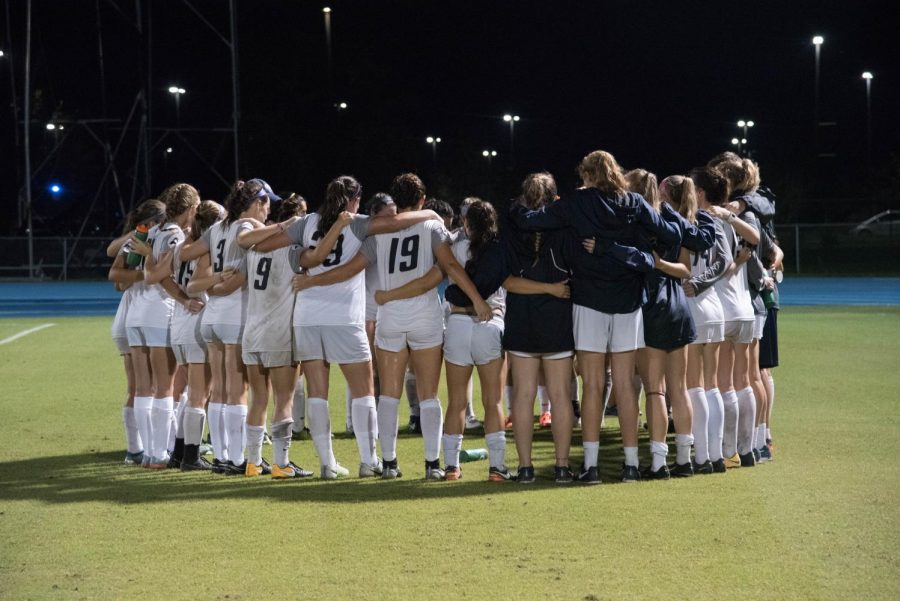 Both men’s and women’s soccer suffered defeats on the road and at home Oct. 14.

A last-minute goal caused the North Florida men’s soccer team(1-9-1 overall,0-3 ASUN) to take a hard fall to Lipscomb in a 1-0 defeat. This is the Ospreys’ sixth consecutive lost.

Head Coach Derek Marinatos reflected on the game and how the Ospreys did.

“I am proud of our effort tonight. We were prepared to play and battle,” Marinatos said. “It was definitely an even game with both teams creating chances. All the credit to Lipscomb for taking their chance.”

In the first 45 minutes of the game both teams went silent with neither team able to convert any of their shots. Lipscomb had 11 shots while holding the Ospreys down to only three shots in the first half.

During the second half, UNF increase their shots taken to nine while Lipscomb had eight.

Which compound be able to break the silence scoring first and only goal of the night and minute 73.

Lipscomb’s freshman midfielder Jonathan Ramirez scored the only goal of the night in the 73rd minute, breaking the Ospreys’ defense with the help from two of his teammates.

North Florida continues ASUN play as they take on NJIT on Oct. 22 at 1 p.m.

Stetson scored the first goal in the first half of the game in the 27th minute. Stetson’s Lily Ammon, assisted by Sarah Collins, was able to get through the Ospreys defense and come up the right side to score.

In the first half the Ospreys and the Hatters both held each other to six shots.

“We started a little slow in the first half and made some adjustments at halftime. I really think for 25 minutes in the second half we were all over them,” Confer said.

Stetson’s Allison Zaccheo scored the second goal of the night after getting the ball to the right corner pushing lead to 2-0 in 73rd minute.

Just 5 minutes later Stetson’s Briana Camargo made her way down to the net getting a 3-0 lead for the Hatters.

This loss marks the third time that the Ospreys have been shut out by a team this season.

“We had our chances, but the stat that matters is the goal that goes in. Now we regroup and get ready for Florida Gulf Coast,” Confer said.

The Ospreys will end their regular season against the number one team in the conference, the FGCU Eagles, on Oct. 21 at 7 p.m.