Even the Syfy channel will shake its head at ‘Geostorm’ 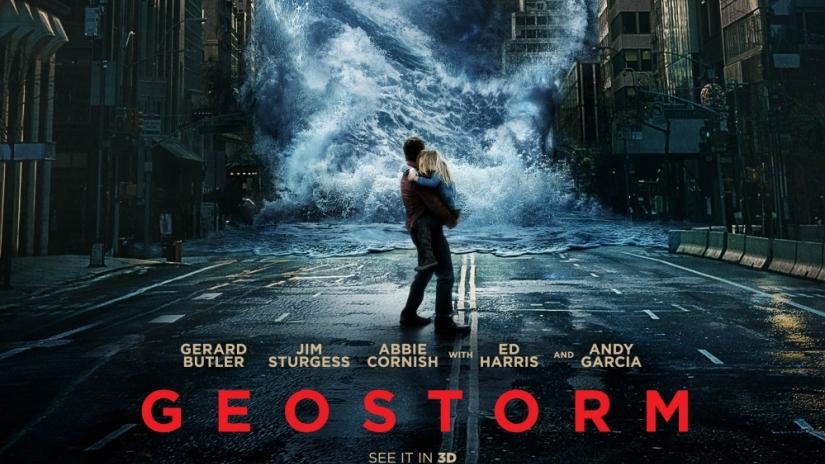 Dean Devlin (Independence Day: Resurgence) takes the director’s chair for the first time after being a producer for years, and his debut is a bigger catastrophe than anything we could have imagined.

Jake Lawson (Gerard Butler) was the lead creator of a weather-controlling satellite system after climate change ravaged the planet with a series of devastating storms. Lawson ends up being fired by his brother Max (Jim Sturgess), who takes control of the project. Three years later, the satellite system begins malfunctioning, wiping out cities across the globe. And guess who Max needs to help him out?

The brothers uncover clues about a possible conspiracy, and they have to find out who’s behind the satellite’s malfunctions before the system spawns a “geostorm,” an array of severe weather that creates other disasters around the world.

The film is disgustingly manipulative in the tactics it uses to get you to empathize with its characters. The Lawsons’ backstory is tragic, but the emotional effect is too calculated to feel genuine in any way.

Devlin further punishes his audience by filling the movie’s hour-and-fifty-minute running time with a tedious CIA conspiracy plot, spending more time hacking computer than on meteorological meltdowns. Max even leads a ridiculous Nicolas Cage-esque mission to kidnap the president of the United States.

Though it tries, Geostorm vehemently fails to make a legitimate argument about the mixture of climate change and politics, settling for a narrative that treats its subject-matter with the same care as a hurricane.

The disasters finally start to wreak havoc in the final 20 minutes, but the result is laughable. An Arab man riding a camel in the middle of the desert is baffled when he turns around to see an entire ocean threatening to envelope him. Brazilian beach-goers run for their lives when a chill in the air turns them into ice sculptures. A lightning storm that goes on far too long may effectively leave the audience blind.

The visuals and effects are sub-Syfy channel standard, nowhere near decent enough to save the film. The plot is more reckless than the storms themselves, and the dialogue is so cliché it’s sickening.

The only thing threatening about Geostorm is the dent it’ll make in your bank account. So please, save your dollars by watching “Ice Fire Tornado Earthquake” or whatever Syfy is currently marketing. At least it’ll be free.