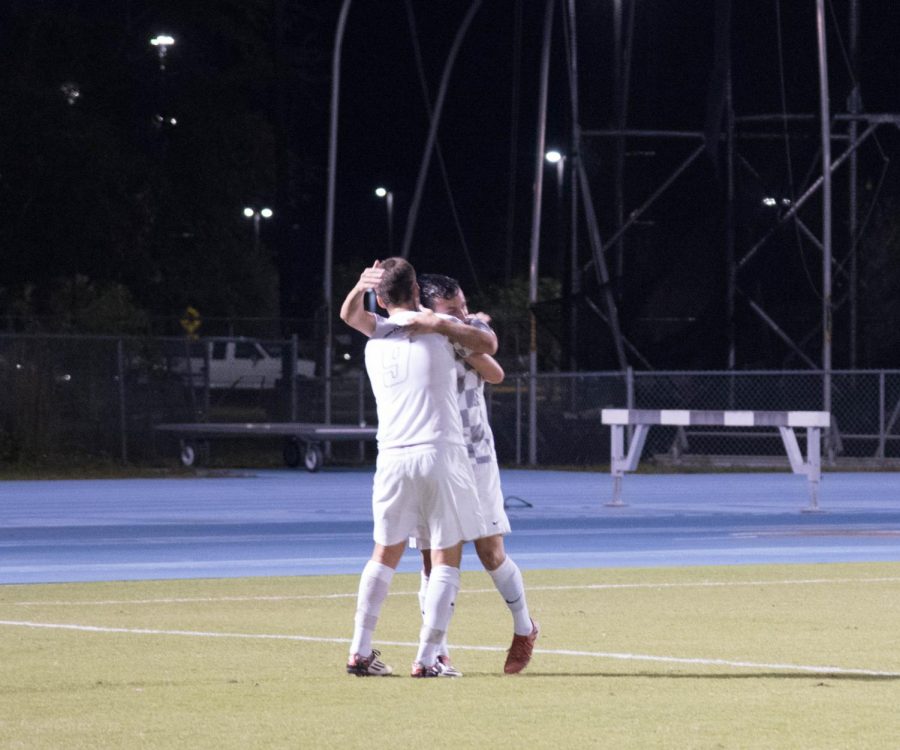 With the win, UNF will be the fourth seed in the ASUN tournament.

Josh Castellanos, a senior midfielder, became the second Osprey to have multiple goals in a game.

The deadlocked score of zero wouldn’t be broken until midway through the first half.

At the 26th minute mark, Castellanos headed in his first goal from a AJ Williams’ assist that came from across the field.

The Ospreys headed into the break with a 1-0 lead on their home turf.

Castellanos, answered the scoring call once again with another header in the 53rd minute after an assist from Mikey Connell.

Looking to avoid the shutout, USC Upstate answered with a goal of their own in the the 89th minute of the match. Spartans’ Julian Welborn gained possession of a loose ball and kicked it into the net for the score to put his team on the board.

Despite the late score, the Spartans will not be able to earn a playoff berth.

While the Ospreys held a 9-6 shots advantage, the teams both had five shots apiece on goal.

UNF goalkeepers Juanes Fajardo had three saves in the meeting while Tord Pedersen grabbed one.

In their last three games this season, North Florida finished 2-0-1.

Head coach Derek Marinatos described how his team has overcome challenges late in the season for a chance to continue their season in the playoffs.

“This team has been coming together for a while. I don’t think it was just the tie at NJIT or these two wins,” Marinatos said. “We were unlucky to not get results earlier in conference play. We weren’t getting the breaks. Good teams find a way. We are finally becoming a good team. We’re on a roll going into the playoffs and we’re going to stay focused this week.”

The Ospreys will travel to Deland to face cross town rival Jacksonville Dolphins on Nov.3 in the first-round of the ASUN men’s soccer championship. This will be their second meeting within two weeks.