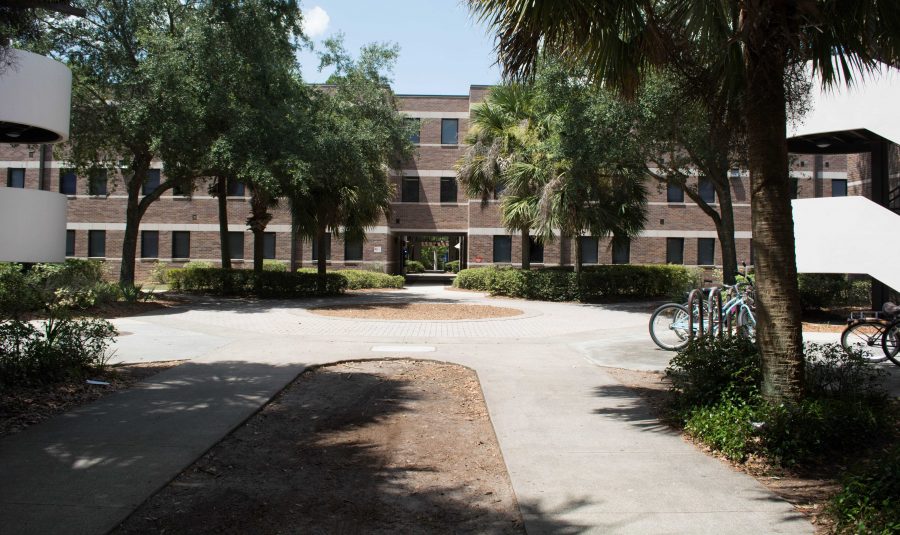 Two unidentified suspects broke into a student’s dorm while a third suspect was acting as a lookout at Landing X Tuesday around 7:45 p.m.,according to the Osprey Campus Update.

Police said the victim opened his door after hearing several knocks, but before he got a chance to open the door, the door was kicked in by one of the suspects. The victim’s friend who reported the crime to UNFPD told the operator that the suspects “bulldozed the door.”

Two of the three suspects entered the room while a third one stayed at the stairwell as a lookout,the Osprey Update said. Witnesses to the crime told police they saw the third suspect outside the door pacing back and forth.

Police said the suspects then put a plastic bag over the victim’s head before being questioned by the suspects about money. The suspects searched the room for the money after the victim denied knowing what they were talking about, and then one of the suspects kicked the victim in the stomach during their search, the report said.

The Osprey Update also stated the suspects were asking about drugs. In an interview with News4Jax,the victim’s roommate said the suspects thought the victim was a drug dealer. He was not present in the dorm during the attempted robbery.

The suspects only took $10 from the victim’s wallet, according to the Osprey Update. Police said the suspects then asked the victim to unlock his phone, and punched the victim in the chin after the victim refused to do so.

The victim saw all three suspects getting into a black 4-door car parked outside of Osprey Landing. The victim later told the UNFPD operator over the phone the vehicle drove towards Osprey Cove, and turned left on Alumni Drive. He was able to get a license plate number for police.

After the suspects left in their car, the victim went to his friend to tell him what happened according to a Spinnaker interview.

“I was in disbelief,” the victim’s friend said. “I went to the room and stuff was everywhere, and I was kind of shocked at first. Then, I called the cops.”

When police arrived to Osprey Landing, the victim was offered medical attention which he refused. Police said the victim did not have any visible bruising on his face or body.

The suspects have yet to be found. According to the police report, the suspects are facing two offenses of home invasion robbery with a weapon and false imprisonment charges, which is when a person is confined without consent.

The case is still under active investigation. If you have any information on this incident please contact UNFPD at (904) 620-2800.